Because who cares what it costs women? 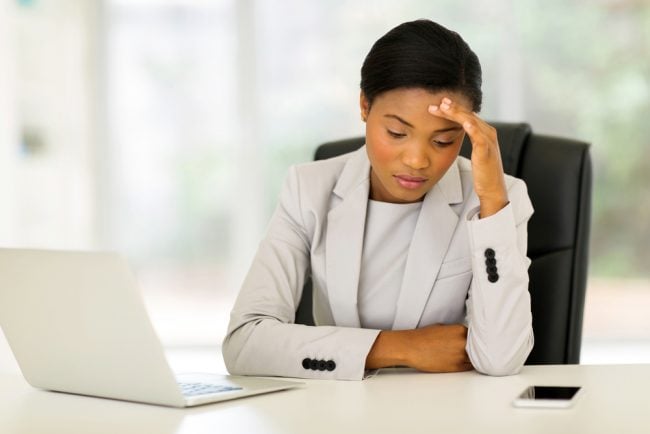 Google, whose parent company made $6.8 billion in pre-tax profits this past quarter alone, has claimed it would be “financially burdensome” for their HR team to spend $100,000 to comply with a federal wage discrimination lawsuit. The company is currently being investigated by the Department of Labor for “systemic compensation disparities” between men and women. And according to a report in The Guardian, its lawyers argued that it should not have to provide wage data as part of the lawsuit, because the effort of pulling the data together would be too expensive, costing $100,000 and requiring 500 hours of labor.

The money element is genuinely laughable. Ian Eliasoph, a lawyer for the Department of Labor, openly mocked the claim in court. “Google would be able to absorb the cost as easy as a dry kitchen sponge could absorb a single drop of water,” he said.

Plus, based on the latest data from Pew Research Center, Google has likely already robbed women of far more than 500 hours worth of labor. Pew’s 2015 numbers showed that, on average, “it would take an extra 44 days of work for women to earn what men did in 2015.” Assuming a (charitable) 7.5-hour work day, that’s 330 hours per employee per year. Google would only have to wage-discriminate against two women employees per year at the national average in order to ride their way to 500 free hours of labor.

Honestly, though, the math isn’t even the most absurd part of this claim. It’s the reversal of the victim dynamic. What Alphabet’s lawyers are arguing is that the real victim here would be Google. Women should expect to be robbed in the name of sexism, but a company can’t be expected to check up on its labor practices to ensure equality. Wage discrimination is a burden women can bear; the cost of fair labor practices, though, is a burden the company cannot.

The Department of Labor initially sued Google in January 2017 for failing to comply with its obligations as a federal contractor. Back in September of 2015, Google was asked to submit its compensation data as part of a routine compliance evaluation. However, they repeatedly failed to do so over the next year and a half, and so the Department of Labor filed a suit. In an official statement, the Acting Director of the Office of Federal Contract Compliance Programs, Thomas M. Dowd, said, “Like other federal contractors, Google has a legal obligation to provide relevant information requested in the course of a routine compliance evaluation. Despite many opportunities to produce this information voluntarily, Google has refused to do so. We filed this lawsuit so we can obtain the information we need to complete our evaluation.”

It’s worth noting the racial dynamics of this as well. Google’s workforce is overwhelmingly white and Asian, which would usually mean that the wage gap should be smaller and less noticeable. Nationally, black women and Latinx women suffer the most from the wage gap, while white women’s earnings now outpace those of black and Hispanic workers of all genders. Meanwhile, Asian women overall face the smallest wage gap among women as compared to white, non-Hispanic men – but these overall numbers definitely mask the very high wage gaps for groups like Burmese, Indonesian, Pakistani, Fijian, and Vietnamese women. (However, given their other labor practices, I’m willing to guess that Google mostly hires its Asian worker population from those groups that are already more advantaged.)

Now, in fairness to Google, lawyers are paid to make ridiculous “undue burden” arguments like this one. It’s part of their job to defend their client, and Google isn’t unique in this. However, the company’s resistance to turning over their salary information tells me all I need to know: they know it won’t look good.

Looks like it’s time to update that retired company motto. “Don’t be evil – to white men.”

(Via The Guardian and Business Insider; image via Shutterstock)