Good Omens Gets a Season 2 Order, the Internet Goes Wild 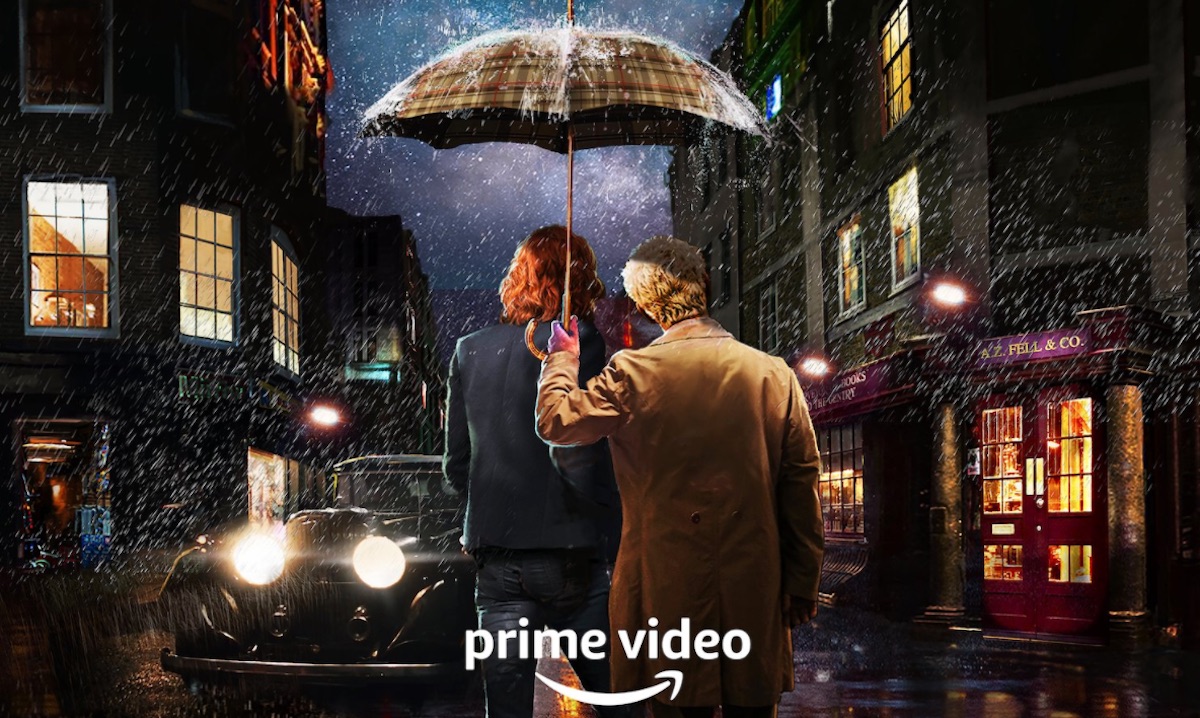 This was news both unexpected and almost inevitable. Good Omens, which proved to be a critical success and fandom juggernaut for Amazon Studios, has officially received a season 2 order. The series, based on the book by Neil Gaiman and Terry Pratchett, will see co-leads Michael Sheen and David Tennant return as the angel Aziraphale and the demon Crowley, respectively. This news is welcome to many fans who have hoped for such a development, while it gives other fans pause.

Per Variety, the second season is set to begin filming later this year in Scotland (I’m starting a petition to let David Tennant use his Scottish accent as Crowley). Along with Sheen and Tennant’s return, Gaiman will serve as executive producer and co-showrunner with Douglas Mackinnon, the first season’s director, who will also direct again. Gaiman has also tapped writer John Finnemore (of the radio sitcom Cabin Pressure) to work with him on the scripts, along with “surprise guest collaborators.” No word as of yet about the rest of the cast from season 1.

What glorious (and dangerous) trouble will our favorite angel and demon find themselves in this time? 😇😈 Good news! #GoodOmens is returning for Season 2 on @PrimeVideo. pic.twitter.com/cFJQMo0Vkj

Amazon’s press release can’t tell us much, but it does have some intriguing tidbits:

The new season will explore storylines that go beyond the original source material to illuminate the uncanny friendship between Aziraphale, a fussy angel and rare book dealer, and the fast-living demon Crowley. Having been on Earth since The Beginning and with the Apocalypse thwarted, Aziraphale and Crowley are getting back to easy living amongst mortals in London’s Soho when an unexpected messenger presents a surprising mystery.

I love that there’s a mystery-solving element here. I can envision these two running around in, say, a Scottish castle while a celestial game of Clue plays out. Considering British television’s penchant for mysteries, this isn’t a surprising direction, especially as there is no more published book material to lead the way.

I’m very :eyes emoji: about that “living amongst mortals in London’s Soho” part. Aziraphale and Crowley have been shipped by passionate fans for decades, and Gaiman had long ago said that post-book, the two were living together in a South Downs cottage, presumably enjoying retirement. At the end of Good Omens season one, they essentially choose each other over their respective “sides” of heaven and hell and have a champagne toast while the show fades out on a love song.

YOURE KILLING ME THIS IS TOO MUCH

Gaiman stated that he gave them the “beats of a love story,” in the show, though even he was surprised by the “velocity and the ferocity and the enthusiasm with which people embraced” the central pairing. I can attest to this: I’ve never seen a larger or more explosive and creatively productive fandom than the one that sprang up around Good Omens as we experienced it on Amazon. I can only hope that the creatives continue to explore this onscreen, especially now that they’re aware of just how important this element is to fans worldwide.

The choice of writing “uncanny friendship” in that press release gives me pause when they could easily have said “relations” or “relationship.” However, the adorable poster included with the announcement makes me more hopeful, as we see them strolling side by side sheltered under Aziraphale’s tartan umbrella (once, his wings did the same for the two in Eden), Aziraphale’s head inclined just so in Crowley’s direction. We also see Aziraphale’s beloved bookshop and Crowley’s adored Bentley in the aforementioned Soho.

Many in fandom, Good Omens fans, and fans of the Aziraphale/Crowley pairing, which is also called “Ineffable Husbands,” were thrilled to see this news. Here is, trust me, a very small smattering of the reactions out there:

Season 2 was an all-but-inevitable outcome considering Amazon Studios was probably putting a lot of money on the table. The stars were all aligning in the show’s favor. Last July, Gaiman hinted that there was a strong possibility we’d see more Good Omens, and Amazon was openly hungry for more of the show after its reception. Lead actors Sheen and Tennant are such good friends and so clearly enjoy collaborating that they spent the majority of lockdown making a virtual TV show with each other, Staged. They are charming in the press release:

Michael Sheen says: “Personally I’m against it, but the world isn’t going to just save itself, is it? If David and I can manage to not fall out too badly this time it may even have a chance of getting finished.”

David Tennant says: “The return of Good Omens is great news for me, personally. As I get to work with Michael again, and I get to say Neil’s wonderful words once more. It’s probably less good for the universe as it almost certainly means there will be some fresh existential threat to its existence to deal with, but, you know – swings and roundabouts…”

The main difficulties involved with more Good Omens likely came from just how to make more of it: the first season adapted pretty much the entirety of the book, and though Gaiman and Pratchett had worked on sequel ideas, no follow-up was ever published. Some elements from their planned sequel did make their way into the first season, like Jon Hamm’s obnoxious angel Gabriel.

Most of the hesitation over the second-season idea is emerging from fans who are discomfited by the idea of the show continuing beyond Pratchett’s original vision.

I receive this news with trepidation. I thought a second season was likely considering how well the first did but there’s only one book and Terry’s no longer with us to contribute his unique style. #GoodOmens https://t.co/yFh0veegpO

For others, this isn’t a problem.

Also, if someone can make something that Terry would approve and be proud of, I would also bet my money on Neil Gaiman and Neil Gaiman only. #GoodOmens

Gaiman does address this aspect in the press release and has published an in-depth journal post about his plans for the sequel with Pratchett, their experiences in early years, and how he hopes to continue in the vein they started.

For those concerned that it will not be using source material from red book, here is what @Variety quotes from @neilhimself … pic.twitter.com/d8QYkxeG7l

Some fans are fine with the second season idea but are simply wondering if it’s really “necessary.”

shuffling around in a pretentious little blanket muttering ‘sure it COULD be good but is it a NECESSARY NARRATIVE’ https://t.co/sIihlCi56W

I think it’s understandable that there are fans who have doubts about what could be coming next. I also have doubts and concerns! But Sheen and Tennant are such a delight together that the plot or the “necessity” of the narrative doesn’t strictly matter at this juncture. If Good Omens stays true to the spirit of the book and the first series, there will surely be enough treats to tempt us into watching.

Where do you stand on more Good Omens?