Just Like Us, Amazon Is Hungry for More Good Omens and Fleabag 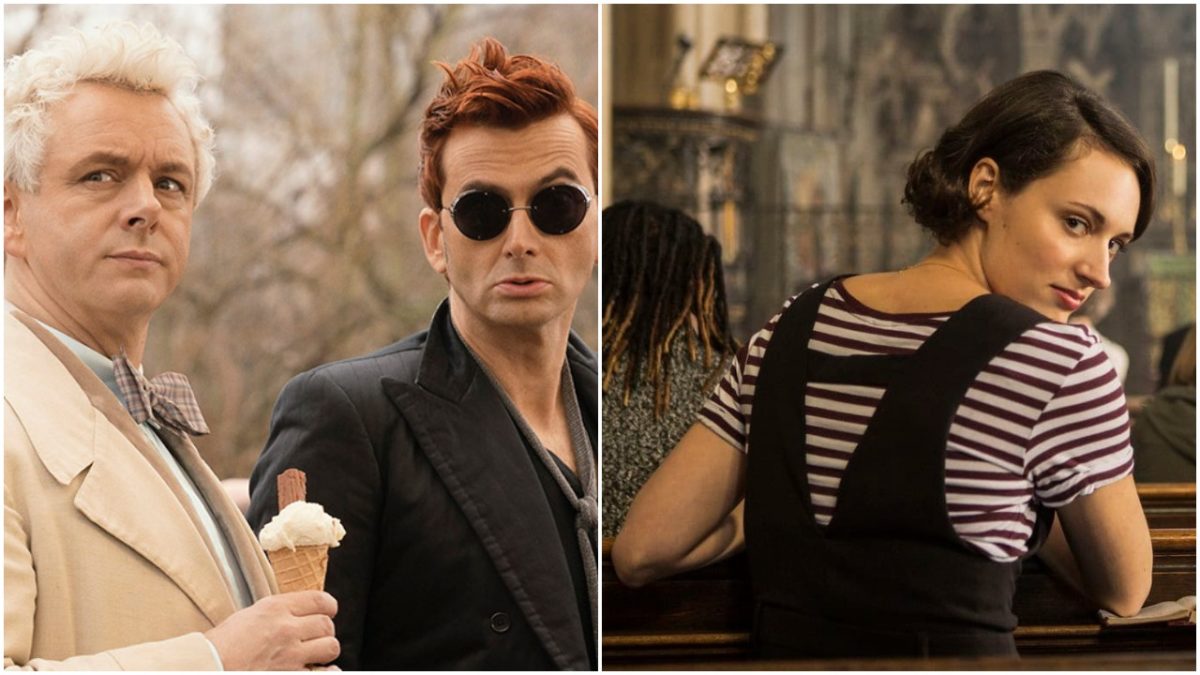 While Good Omens looked like it could be a one-off season, if Amazon has anything to say about it, we’ll be seeing a lot more of David Tennant’s demon Crowley and Michael Sheen’s angel Aziraphale and their odd-couple dynamic. The same goes for Phoebe Waller-Bridge’s sensational modern-lady-in-London Fleabag. Amazon Studios executives were quite forthcoming about what they dream of for the streaming network going forward. And what Amazon wants, it’s hard to imagine that Amazon won’t eventually get.

Amazon Studios does not release viewership numbers, but they seem pleased with the attention that Good Omens received, and its largely positive reviews across the board. The show sparked a passionate fandom following that is still going strong two months after its debut (and Good Omens‘ dedicated book fandom is some 30-years old, so it has long legs). While there has been ongoing speculation about Good Omens‘ TV future, recent comments illuminate Amazon’s post-release enthusiasm.

Amazon’s TV co-head Vernon Sanders spoke over the weekend about the possibility of more Good Omens—it’s clearly something that he wants. According to Deadline:

“We’re lucky to have an ongoing relationship with Neil” Gaiman, the series co-creator, Amazon’s TV co-head Vernon Sanders said during Saturday’s TCA executive session. “We’re so excited about how Season 1 has done for us. The notion has come up about whether we can revisit that world. It’s in Neil’s hands now but we’d love to do it. We’re finding that it just takes a little time, perhaps, in the case of Neil. But whatever he wants to do, we’re interested in.”

In the case of both Good Omens and Fleabag, Amazon Studios has a bit of a conundrum not attached to many properties. Both shows are the product of already famous, award-winning, in-demand, multi-media creators who can pretty much snap their fingers, Crowley-style, and work on anything that they want. And both Good Omens’ Neil Gaiman and Fleabag‘s Phoebe Waller-Bridge have expressed a desire to devote their attentions to other projects for the time being.

Gaiman’s Sandman is being developed at Netflix, and Gaiman stated in the wake of Good Omens that he was eager to get back to good old fashioned novel-writing. Waller-Bridge wrote on the upcoming Bond 25 movie, which is currently filming, and has sworn the second season of Fleabag was its last. After the show’s 11 Emmy nominations, and Waller-Bridge’s involvement in Killing Eve, she’s one of the current hottest commodities in the business.

Per Fleabag, Amazon Studios Head Jennifer Salke joked at the TCA session that she is “basically Waller-Bridge’s stalker,” as The Wrap reports. Salke added,

“Anything Phoebe wants to do we are signed up to do. Nothing would make us happier than to have her bring another season of that show, or anything else she wants to do. I’m forever the optimist. I remain always hopeful until it’s really over.”

Here’s why I, too, remain hopeful. Amazon has what amounts to limitless coffers; they are spending a billion dollars on a Lord of the Rings series. So while there might not be immediate plans for either of these shows to go back into production, it’s not difficult to imagine that a few years down the line, whatever Amazon’s offering could sound mighty appealing.

To be given such a creative—and I assume financial—blank check is unlikely something that will be walked away from, even if Gaiman and Waller-Bridge are keen to stretch their wings somewhere else at the moment.

As for what a continuation of Good Omens might possibly entail, Gaiman and his late co-author Terry Pratchett had been at work on an unfinished, unpublished sequel, some elements of which made it into the first season of Good Omens. Additionally, Gaiman seemed to zero right in on what the people want, as he told The Wrap:

Gaiman also had a few ideas for what a follow-up could look like, referencing that 30-minute cold open in the third episode of the series. “What I discovered in writing that sequence is you could pick any time in human history, you can take Crowley and Aziraphale, you can stick them into it, not doing whatever their respective head office thinks they’re doing, and you have a story.”

Yes, yes you do, and it that is everything that we desire. The 30-minute cold open is widely a fan favorite, and some of the more fun television I’ve seen in a long time. Dropping Aziraphale and Crowley into random points in time for historical adventures could be a great move, and wouldn’t necessarily demand an entire season-long production.

I can’t be the only one who thinks we should apply the tradition of Christmas specials to Good Omens, stat. Meanwhile, if you are very lucky, you might get the chance to see Waller-Bridge’s Fleabag show live in London.

Are you crossing fingers for more from these properties like Amazon Studios executives, or do you think they’ve run their course?