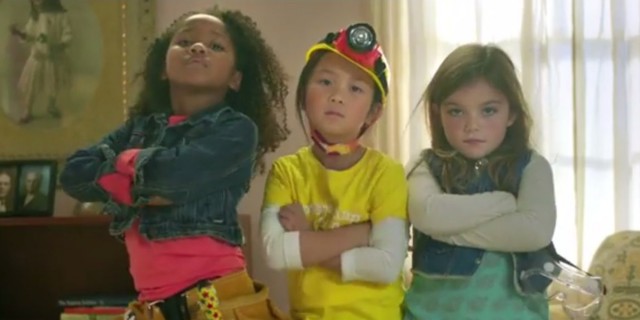 The girl-centric toy company GoldieBlox has come a long way from the Kickstarter (and occasional copyright lawsuit with the Beastie Boys—though let’s be real, that did a lot to boost their name recognition more than anything else) that they started out with. Now they’re following up the success of the Super Bowl ad they ran earlier this year with a giant float in the 88th’s Macy’s Thanksgiving Day Parade, and it looks super rad.

Here’s the prototype for the float, a “girl-powered spinning machine” that requires the kid participants to spin, pull, and rotate parts of the giant toy-inspired contraptions on each stage. 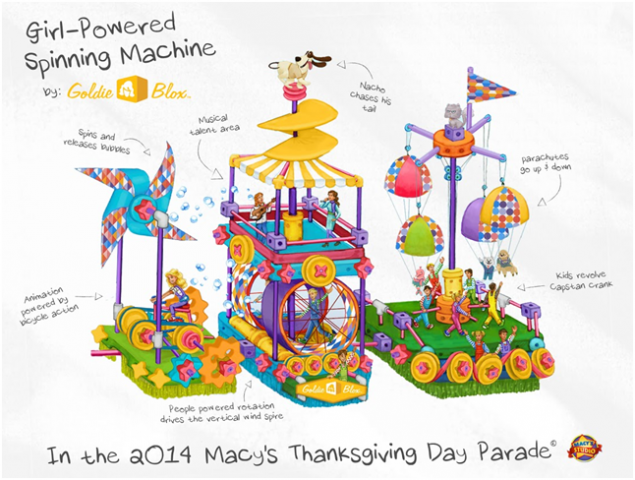 The float (click here for full size) will also feature the company’s mascot Goldie (left), as well as her dog Nacho (middle), and her cat Benjamin Cranklin (right). Gosh, if that isn’t the best name for a cat ever.

“Our dream at GoldieBlox is to inspire every girl to reach her full potential, and we definitely like to dream big,” Founder and CEO Debbie Sterling said in a statement to the press. “The Macy’s Thanksgiving Day Parade is an iconic celebration and we’re thrilled to join the line-up this November with the first-ever float that is specifically designed to showcase the principles of engineering. Macy’s Parade floats are the ultimate engineering spectacle, and relatable to kids everywhere. We can’t wait!”

GoldieBlox can now be found at Toys-R-Us, Amazon, and over 1,000 different retailers across the United States, Canada, the United Kingdom, and Australia, and the company is working on even more toys to introduce into their line as part of the upcoming holiday season. We’re excited to see how it looks when it finally comes to life on camera come November 27th!