Beastie Boys Fight for Their Right to Poop the Party, Sue GoldieBlox Over Copyright Infringement [Updating]

Look, it was "Poop the party" or a "Sabotage" joke. We couldn't fit both in the headline. 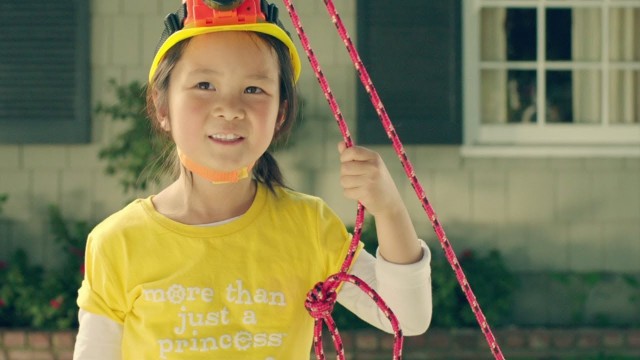 [Update 1:30PM] We’ve learned a lot more about this issue since first posting it this morning. In short, it seems the Beastie Boys simply asked how the song would be used, and GoldieBlox fired back with legal action. There is also a clause in MCA’s will prohibiting his work from being used in advertising, though its validity is in question, and since the song in the commercial is a parody, may not be applicable. We’ll explain below.

Hey! Remember that really great commercial for GoldieBlox we shared last week? You know, the one with the girls building a rather impressive Rube Goldberg machine while they sing a parody of “Girls” by the Beastie Boys? Turns out lawyers for the Beasties weren’t as impressed as we were. They’re suing over copyright infringement.

GoldiBlox has already fired back, asking a California court to rule that the video falls under fair use because their version of the song is an obvious parody of the original.

In the video, the lyrics are changed throughout to things like,

Girls! That build a spaceship.
Girls! That code a new app.
Girls! Who grow up knowing
That they can engineer that.

We think the parody case is strong with this one, but the fact that GoldiBlox called the Beastie Boys out by name in the title of the video on YouTube “GoldieBlox, Rube Goldberg, & Beastie Boys “Princess Machine” (a concert for little girls.)” could raise an issue. We’ll be interested to see how this plays out. We’re also interested to see if the Beastie Boys do the obvious right thing here and publicly tell their lawyers to stand down.

In an open letter to GoldieBlox, the Beastie Boys explained that their first course of action was simply to ask how the song would be used. The Beastie Boys claim that after asking how and why the song was used without permission, GoldieBlox sued them. It seems if anything, the issue escalated quickly with little understanding by either side as to what exactly was happening.

We saw this bit of information first on Boing Boing.

A number of commenters on Twitter pointed us to the fact that MCA left a clause in his will expressly stating that his music not be used in advertising. Forbes has an article from August of last year that calls into question the validity of this clause. It was a handwritten addition to a separate clause regarding publicity rights, not copyright. If you’d like to dive into the full legal complications, head over to that article.

This also raises the issue of parody. Since GoldieBlox rewrote the lyrics, they’re not using “Girls” as recorded by the Beastie Boys.

It seems this case is a lot more complicated than we initially made it out to be, and we would like to formally retract our statement that the Beastie Boys should “do the obvious right thing here and publicly tell their lawyers to stand down.”

(via The Daily Dot, image via GoldieBlox)