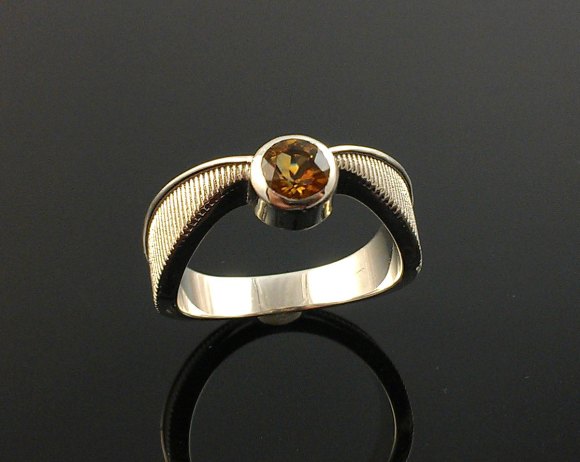 I’m a person who has no shame in flaunting her geeky interests publicly with my clothing and accessories, but paradoxically the geeky wearables I find most alluring are the subtle ones. I doubt that anyone who wasn’t familiar with the particular design of the Golden Snitch would peg House on Hudson’s topaz inlaid ring as anything other than a simply well designed bit of finger dressing.

(via When Geeks Wed.)