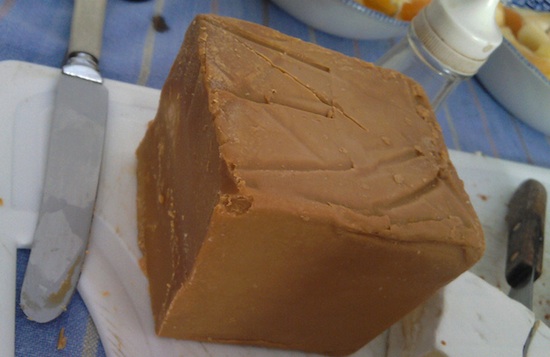 In what’s bound to be one of the defining events of our generation, a Norwegian truck burst into flames after it’s cargo — about 27 tons of goat cheese — caught fire. One day, your children will ask “Where were you, noble elder, when the Great Cheese Fire of 2013 struck?” Hopefully, you’ll be able to say you were nowhere near the scene, because the truck and its payload have produced a dangerous mixture of toxic gasses that may leave the traffic tunnel it was driving through closed down for weeks.

The truck was carrying about 27 tons of the Norwegian delicacy known as Brunost — a caramelized goat cheese filled with fat and sugar, which sounds totally amazing, and we want to try right now. We will do our best to keep the stuff away from open flame, though, as the high content of sugar and fat mean that when Brunost lights up, it really lights up. A Norwegian police officer told the BBC that the cheese burns “almost like petrol if it gets hot enough.” Unfortunately, this incident means that plans for a cheese-powered automobile have probably stalled for now.

No one was hurt in the incident, but it remains unclear as of yet what could have set off the blaze, which the truck’s driver noticed about 1,000 feet from the tunnel exit. One thing is clear, though — if you find yourself looking for a cheese to start a fire with, though, you could do worse than Brunost. Maybe try saganaki, first, though, because that stuff is delicious.