Guardians of the Galaxy 2 David Bowie Cameo | The Mary Sue

Guardians of the Galaxy Vol. 2 was Supposed to Feature a David Bowie Cameo, Says James Gunn 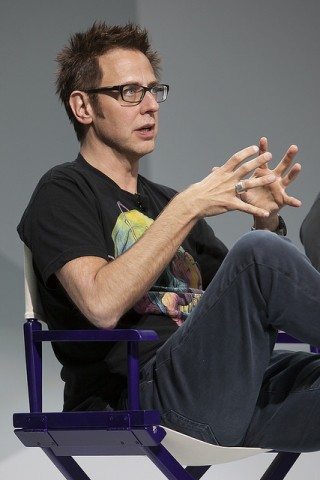 One of the saddest things about David Bowie’s recent passing is the thought of all the things that can never be, because he left us so young. (Seriously, fuck cancer.) One of those things was a cameo in the upcoming Guardians of the Galaxy sequel.

In a heartfelt tribute written on his Facebook page, director James Gunn talked about what a huge influence Bowie had on him (“Moonage Daydream” was featured on the soundtrack for Guardians Vol. 1), and about the cameo that was not to be:

Just a very short while ago Kevin Feige and I were talking about a cameo role in Guardians Vol. 2, and he brought up Bowie’s name. I told him nothing in the world would make me happier, but I heard from common friends he wasn’t doing well. We heard back that he was okay and it could potentially happen. Who knows what that was about? But, for whatever reason, it made my Twitter revelation more of a surprise.

It’s also fair that I come clean that the use of “Life on Mars” in Breaking the Waves was one of the linchpins for me and the use of music in Guardians: much of what I did was imitating that perfect blend of oddness and familiarity, of irony and aptness.

Gunn goes on to talk about how Bowie’s music quite literally saved his life when he was young and not sober:

My pop cultural connection to Bowie goes deeper as it was the music that was playing the night I hit bottom on alcohol and drugs as a very young person. I got sober that night, and those songs – “TVC15”, “Star”, “Suffragette City” – are now deeply embedded in my psyche. They all have a frightening, almost-religious context in my personal history. I’ll have to save those stories for another time.

While Bowie may not create any more art, there’s no doubt that his influence will be felt through the work of other, younger artists for years to come, and we couldn’t be more grateful.