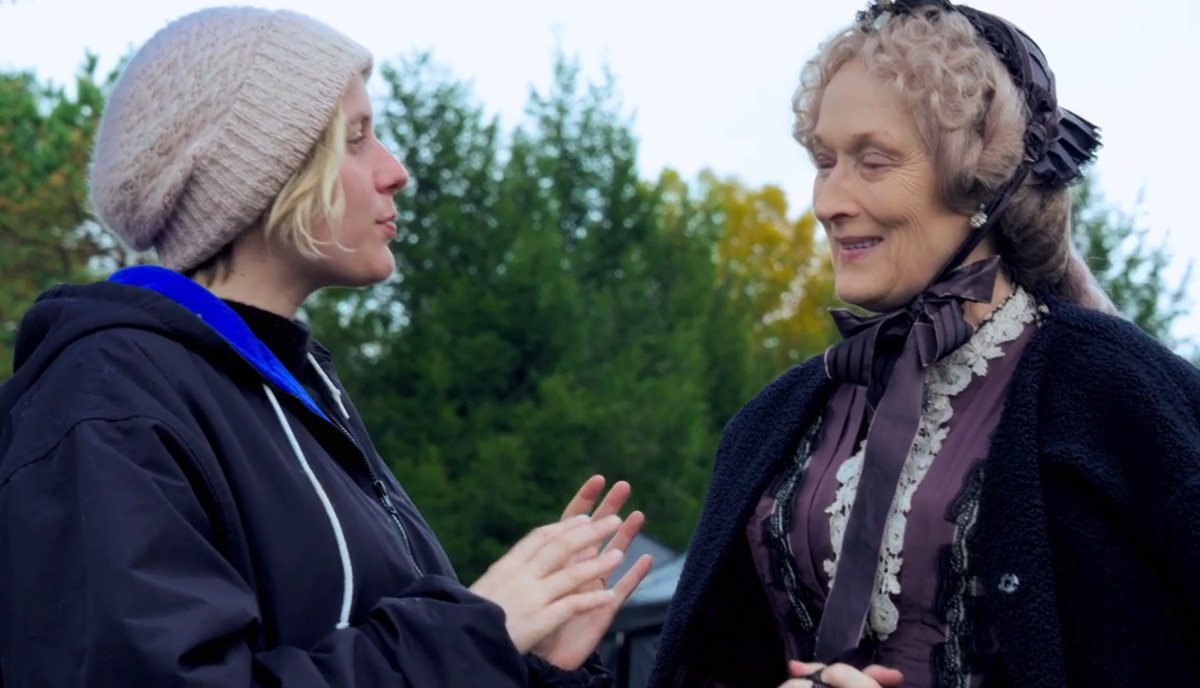 We’re still angry at the Oscars and yes, we won’t be covering the ceremony. If you’re feeling the same but still plan to watch the show, there’s a cool new initiative out from the non-profit Give Her A Break. And as a bonus, you can fight capitalism at the same time!

Give Her a Break is providing a portal to the Oscar live stream but during the commercial breaks, instead of ads, the feed will switch to YouTube trailers from female directors who deserve to be on that stage. If this makes you worry “what if I like that movie better than the Oscars and want to keep watching it,” that’s the point. They’re hoping that after the show some viewers will seek out these films.

“You stole our Oscars, so we stole your ads,” is the tagline of the push, which is a message we can get behind. However, it’s worth pointing out that most of the press around this has focused on the founder of the agency behind the organization, who is a man.

According to Variety: “Give Her A Break was founded by ex-Droga5 creative director Mo Said, whose creative agency Mojo Supermarket is behind the campaign.” Said is a young, Pakistani ad savant who Forbes ranked on their famous 30 under 30 list.

“Even though we’d usually be making the ads during the Oscars, this issue is much bigger than us,” Said explained in a release from the organization. “There’s millions of women who create incredible films, but just don’t get the same break by this misogynistic industry. We wanted to fix that.”

We reached out to Give Her a Break and were happy to discover that it wasn’t just Said behind the initiative. Emily Berger, a Senior Creative and writer at Mojo Supermarket, explained to The Mary Sue: “The idea and writing came from the ladies, but our organization isn’t all women – we’re 50% female, 50% immigrant. Pride ourselves in being diverse within an otherwise not diverse industry!”

“92 years of The Academy Awards and only 5 women have ever been nominated for best director … it’s stupid,” Berger explains in a statement from Give Her a Break. “Since they’re getting shut out of the show, we wanted to find a way to put them in the breaks. Either way, they’re getting in the Oscars!”

We’re happy to hear that it’s women driving this and that the agency is putting their full weight behind it. And the technology behind the initiative sounds very cool—and is totally legal if you were, like us, wondering about that aspect of it. According to Give Her a Break.

The genius of the technology is that it doesn’t illegally re-broadcast the award show, but acts as a channel switching service for the viewer. You still log in with your cable / ABC credentials, and watch the Oscars like you would. When the ads come on, the website switches the channel from the broadcast and instead plays YouTube trailers of incredible films made by women in the past year that belong on the big stage.

Other women and filmmakers are getting behind the push. The campaign thus far has found support by female directors like Honey Boy‘s Alma Har’el:

#GiveHerABreak is a portal to the Oscars Livestream… But during the ads, we flip to showcase films from the women directors they ignored.

In 92 years @TheAcademy nominated only 5 women as best directors. https://t.co/ozMUwH2ADx

The advocacy organization Film Fatales supports the idea as well.

#GiveHerABreak is a portal to the Oscars Livestream… But during the ads, we flip to showcase films from the women directors they ignored.

In 92 years @TheAcademy nominated only 5 women as best directors. https://t.co/ozMUwH2ADx

The failure of the Oscars to recognize the outstanding work of female directors is egregious, especially this year when filmmakers like Lulu Wang, Marielle Heller, Lorene Scafaria, and Greta Gerwig (to just name a few) delivered critically acclaimed and audience-pleasing fare that was still ignored by the Academy.

These women don’t need awards, but they deserve recognition, and powerful institutions like the Academy have a responsibility to uplift and support filmmakers and send the message that women (and people of color) have a place in the industry. At least with this initiative, they will have a place within the broadcast.