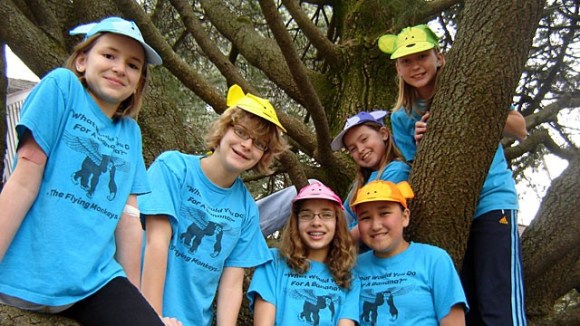 A while back, we told you about a group of Iowa Girl Scouts–known as “The Flying Monkeys”–who were developing a prosthetic hand to help a three year old who was born without without fingers on her right hand be able to write. Now, the girls are getting their project patented, a remarkable feat for a group of kids aged 11 to 13.

The Flying Monkeys (pictured above),began to develop the tool (which they call the BOB-1) when they entered the worldwide FIRST LEGO League science and engineering challenges, a program devoted to exposing girls to science, technology, and engineering.

Once the group decided to work on hand and arm prosthetics, they met with prosthetic manufacturers and doctors to help them in their endeavor. They say that they will use the money from the contest to both patent the design and to develop a slightly improved version, called the BOB-1.2.

And although it may take up to three years to get the final patent, the girls and their parents are no less excited. “It’s a really big deal to be getting a patent,” said 13-year-old Kate Murray to ABC News. “Almost no one at our age has one and it’s very special. It means our invention is really worth it.”