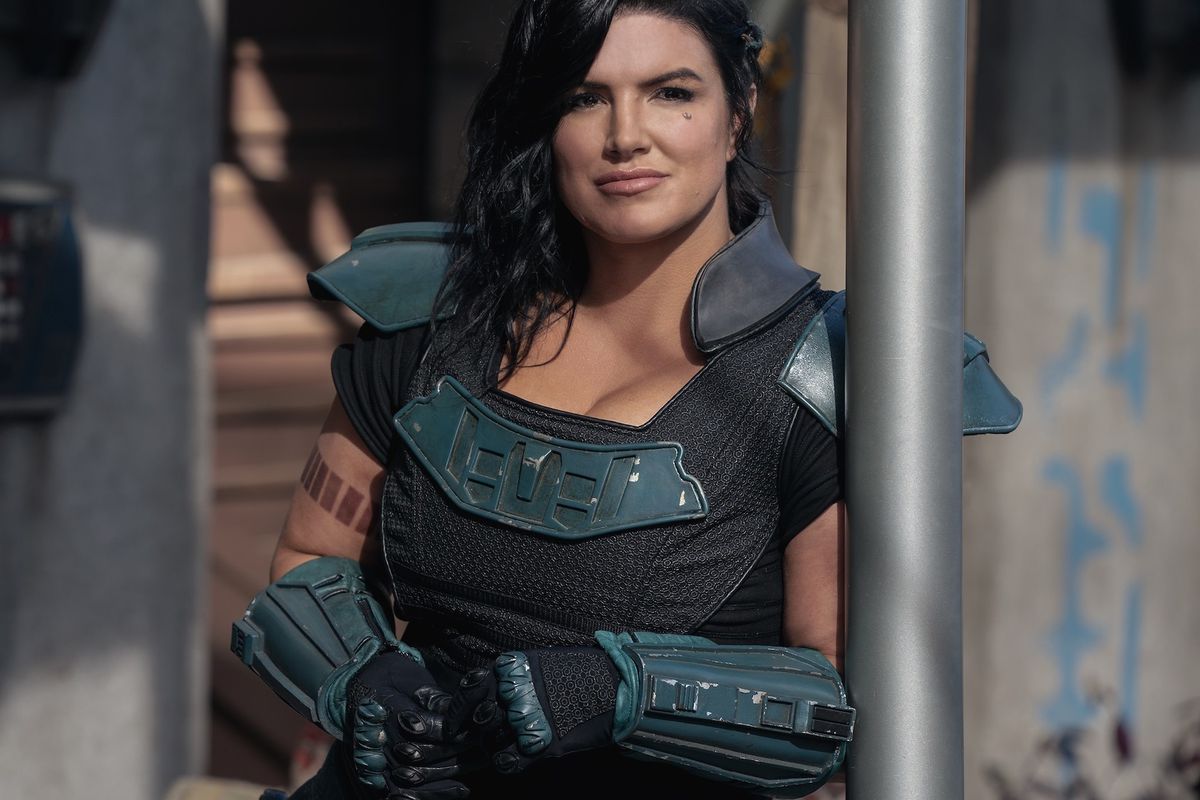 Gina Carano is trending on social media after posting a series of anti-mask memes. The Mandalorian actress previously came under fire for making transphobic comments online and mocking the use of preferred pronouns. At the time, Carano wrote “I stand against bullying, especially the most vulnerable & freedom to choose.”

Unfortunately, Carano is back on her conspiracy theory BS, posting the following anti-mask memes:

Carano has also retweeted several tweets and memes denying the outcome of the presidential election and slamming the mainstream media, as well as memes adulating anti-mask protests and mocking Alexandria Ocasio-Cortez. It’s a bummer to see that Carano’s social media presence features the same lame content as your racist Aunt’s Facebook page. And as #FireGinaCarano began trending, the actress announced she was setting up an account on far-right social media app Parler. Parler, for those of you who don’t know, is for people who deny Trump’s loss and believe that Twitter doesn’t have enough nazis.

We need to clean up the election process so we are not left feeling the way we do today.
Put laws in place that protect us against voter fraud.
Investigate every state.
Film the counting.
Flush out the fake votes.
Require ID.
Make Voter Fraud end in 2020.
Fix the system. 🇺🇸

It’s not just a “difference” of opinion. One side is openly advocating for fascist rule, racism, and bigotry, and the other side is not. We cannot tolerate intolerance, because to do so only endorses hate.

Of course, Carano is entitled to her own bad opinions. But what makes this all so frustrating is that she’s sharing an opinion that quite literally endangers people’s lives. If you tweet that COVID-19 isn’t real, you’re encouraging fellow anti-maskers to reject science as our country sees a massive spike in infections. And when you tweet to delegitimize the election, you are undermining the peaceful transfer of power.

Look, do I think people are actually taking medical advice from Cara Dune? Of course not. But out of the millions of voices perpetuating lies, she has a bigger platform than most. It would be nice if she took a page out of co-star Pedro Pascal’s book and and actually took a stand against the Empire, but you do you, girl.

In the meantime, people are calling for Carano to be fired from The Mandalorian, but plenty of folks are standing with her. After all, Star Wars is no stranger to toxic fandom and racist backlash.

#fireginacarano and replace her w the ladies we actually want to see pic.twitter.com/sOmjp5Jahc

being a racist, transphobic, pandemic denying bigot are not “awkward” opinions, they’re harmful and dangerous but thanks for helping the hashtag reach the trending page #FireGinaCarano https://t.co/FWoec2YIdJ

It’s really disgusting how John Boyega and Kelly Marie Tran were viciously attacked by racist and sexist people, resulting in reduced roles and zero support from Disney, and Gina Carano gets a major role while associating herself with those very same people. #FireGinaCarano

This is not the way, Carano. I would ask you to do better, but this is clearly the best you can do.