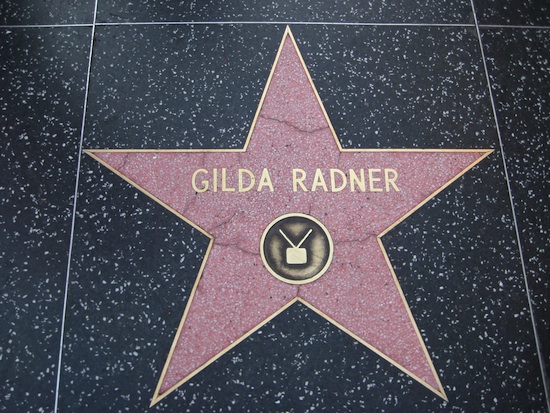 Gilda’s Club is a network of cancer charities that help patients cope with the disease. It is named after Gilda Radner, an original Saturday Night Live cast member, who died in 1989 of ovarian cancer. She said the disease gave her “membership in an elite club I’d rather not belong to.” The Madison, Wisconsin branch of the organization announced they’re changing their name to the Cancer Support Community in January 2013, leaving Gilda’s legacy behind, and other branches are following suit. This isn’t okay.

In 2009, Gilda’s Club joined with The Wellness Community to form the Cancer Support Community, but local branches of Gilda’s Club kept their name. Until now. The executive director of Gilda’s Club Madison, Lannia Syren said, “One of the realizations we had this year is that our college students were born after Gilda Radner passed, as we are seeing younger and younger adults who are dealing with a cancer diagnosis.”

The concern on their end seems to be that young cancer patients won’t come to them for help because they don’t know who Gilda Radner is, so the name no longer conveys what the organization does. It’s understandable that they want to make it clear to people what they do, but why not change the name to Gilda’s Cancer Support Community. Her quote about being in an “elite club” is a good line, but it can be forgotten. She shouldn’t be.