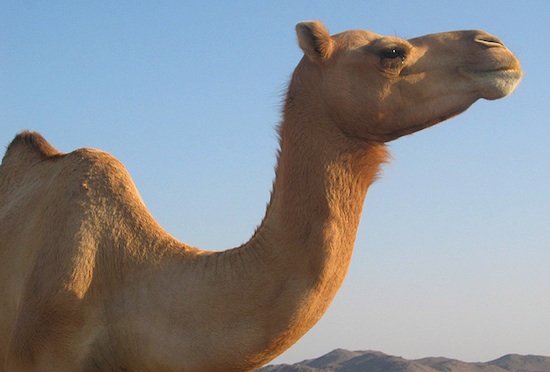 A research team from Saudi Arabia’s King Abdulaziz University is clamoring for more government support for their work — which isn’t exactly surprising, as most research teams are pretty much perpetually clamoring for support for their work. When that work revolves around the careful study and examination of camel urine, though… well, it’s exactly as hard a sell as it sounds. Yes, even if that camel urine may show promise as a cancer treatment, because euuuugh.

Saudi researchers have been making claims about discovering anti-cancer properties in camel urine for the last several years, and are claiming they’ve shown good results in tests on healthy humans, though those results have yet to see publication. Still, the researchers want the Saudi Food and Drug authority, which oversees the nation’s clinical trials, to let them keep moving forward and testing the substance — which is extracted from camel urine — on patients suffering from cancer.

The team plan to release more data on their work at a conference later this month. As for that… yeah, we’ll believe it when we see it. It’s not that we don’t want to believe in the possibility of a new anti-cancer agent. That would be awesome, of course. Papers delivered at conferences don’t generally have to stand up to the same scrutiny of peer-reviewed pieces, though, and until there are some published results, we’ll remain hopeful, but skeptical, on the medicinal qualities of camel pee.

Not unicorn pee, though. It’s well known that that stuff can cure everything, and if you’re looking for some, we know a guy. Well, a guy who knows a guy, anyway.