Why Can’t We Have Nice Things? Ghostbusters Back in Theaters for Halloween… In the UK 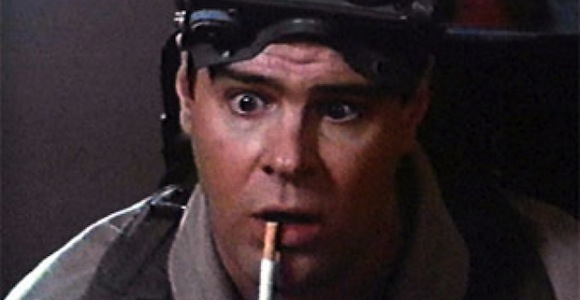 Here’s your high-low of the day: Ghostbusters will be showing in theaters this Halloween.

But only to theaters in the United Kingdom. This is also happening to Jurassic Park.

Excuse me, I have some plane tickets to order.

Jurassic Park, at least, might see some coverage outside the region, as the release coincides with the movie’s Blu-ray release. At least, that’s what Den of Geek thinks. I’ll believe it when I see it. The consequences of me anticipating Jurassic Park on the big screen and then not being able to see it are dire. I didn’t even see it in theaters when it came out, because it was PG-13 and I was a naive little thing.

Ghostbusters, on the other hand, has even less of a chance of making it to these shores. Its release is being leveraged by Park Circus, with a remastered edition of the original film. From Bleeding Cool:

Were this a Sony reissue, designed to hawk a new Blu-ray, then there’d be a lot of marketing musclebeing flex, and I think Ghostbusters would do gangbusters – like Back to the Future did back in 2010. But, sadly, Park Circus don’t have the same resources, nor the same shiny-disc incentive, to mount a huge PR campaign.

So if we’ve got any readers out there in the British isles, go see Jurassic Park and Ghostbusters. You’ll have to enjoy it enough for all of us.