Ghostbusters’ Headquarters Up For Closure 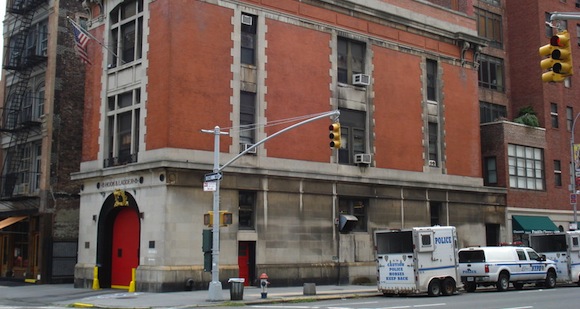 Hook & Ladder 8 is the iconic building that served as all of the exterior shots of the headquarters of the Ghostbusters, in each Ghostbusters movie, the Ghostbusters cartoons, Universal Studios Florida, the Ghostbusters videogame, and an apartment space on PlayStation Home. It is, somewhat understandably, a favorite city landmark for Ghostbusters nerds, who have a lot to choose from, actually, between the steps of Columbia University’s Library, the exterior of the New York Public Library, and 55 Central Park West, the gateway of Zuul.

And although Hook & Ladder 8 is still a functioning fire station, for the moment, the New York Daily News is reporting that it is included on a list of twenty New York City fire companies that will be closed due to lack of Fire Department Funds.

The NYDN’s sources on the matter “stressed that the list is tentative and some of the companies could be saved if additional money is found.”

If the building ceases to be a firehouse, there are a lot of things that could happen to it. The city might keep the building and repurpose it towards something else, or potentially it could go up on the auction block for a private buyer. Whatever happens to it, it would be a tragedy of some kind of proportions to lose such a beloved landmark.

I mean, its sad enough that there won’t be a fire company anymore with this for their badge: 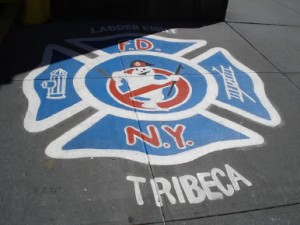