Weirdly, The New Ghostbusters Will Have a Different Title on DVD 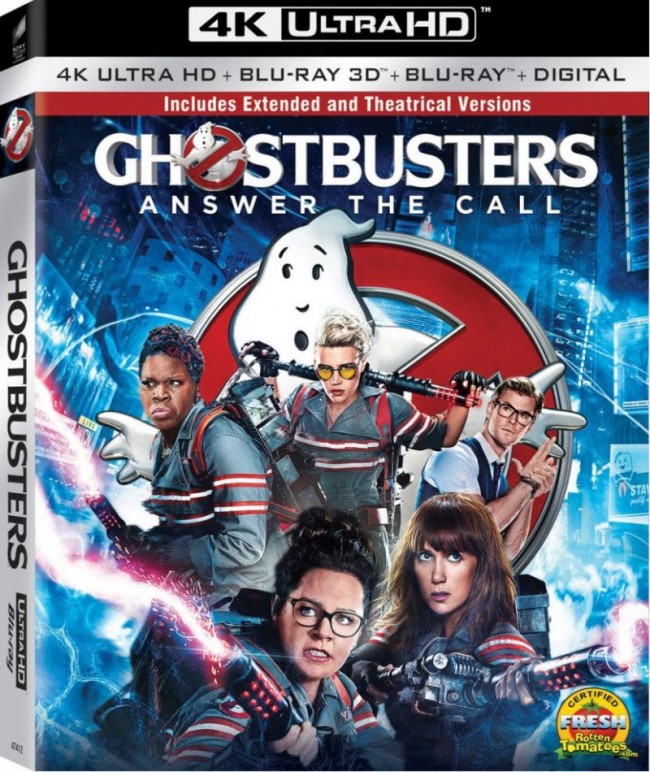 I’d hazard a guess that the original decision to title the movie as simply Ghostbusters was a political one, which makes sense, since the movie itself wears its politics on its sleeve. So, why the change in direction for the DVD release? Is it a rebranding effort? An attempt to reduce confusion for customers? Or a concession to the haters who don’t see this new Ghostbusters as legitimate?

Some have already speculated that the title change is somehow related to the movie’s perceived financial failure. I say “perceived” because the movie’s box offices returns exceeded its $144 million budget, raking in $217.7 million worldwide. Apparently, Ghostbusters toy sales have also “exceeded expectations.” In spite of that, Sony doesn’t plan to make a sequel, but that might have more to do with the public’s perception of the film, rather than because of finances.

The film wasn’t a massive hit, which may have been what Sony expected. It did fine, and it got its budget back. It’s too bad that “doing fine” isn’t good enough for Ghostbusters, since Hollywood seems perfectly content to churn out comedies with similar budgets and similar returns so long as they have male leads (Grown-Ups and Grown-Ups 2 spring to mind). But I digress.

Anyway, the new title for the DVD will ensure that you buy the right movie once it comes out. It’ll also mean that the few remaining DVD retailers in the country will not have to argue with one another about which Ghostbusters movie should go first in the alphabetical line-up. The people who are angry that the new movie doesn’t “deserve” to share the same title as the 1984 movie will be happy—just kidding, they’ll continue to be angry and will likely not stop complaining, even though the existence of this movie doesn’t affect their lives in any way.

Via Collider, here’s the official description of what’s going to be in the box, for those who do actually buy the DVD:

Ghostbusters: Answer the Call will be available in Digital HD on September 27th, and it’ll be out on Blu-Ray and DVD on October 11th.

(via Uproxx, image via Yahoo! Movies)