After Ghost in the Shell and The Great Wall, Can We Admit That Whitewashing Bombs at the Box Office? 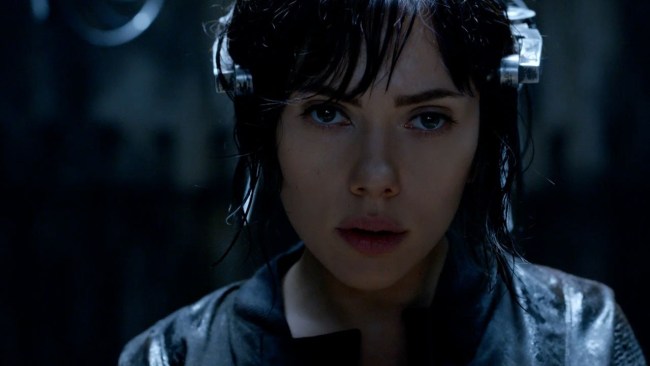 When it comes to the domestic box office, Ghost in the Shell may be following in The Great Wall‘s footsteps. Boss Baby will take the #1 slot this weekend, followed by Beauty and the Beast. That leaves Ghost in the Shell opening in third, with a pretty disappointing $19 million.

The remake of the landmark Japanese property came under heavy criticism for whitewashing the majority of its cast, including the protagonist played by Scarlett Johannson. In addition, both the director, Rupert Sanders, and the screenwriter were white men. Sanders attempted to explain his casting with the same justifications that are always pulled out in these cases:

“I think that the best of casting [Scarlett Johannson] is that I didn’t have to cast big name actors around her; I could cast people like Juliette Binoche, Kaori Momoi, and Takeshi Kitano. That’s unusual for a Hollywood film, usually it’s that you need the star and then you need ten people who can be on the poster, but we didn’t have that. So it was great, I was given the freedom to cast the film however I wanted.”

In short, Sanders wants us to believe that this was an economic decision, rather than the product of an inherent bias. And I have no doubt that money does play a genuine role in these casting decisions. It’s just that…whitewashing doesn’t mean money. We’ve seen plenty of proof that there’s no correlation between whitewashing and drawing a large audience.

And with films like Moana, Hidden Figures, Moonlight, and Get Out cleaning up at the box office, the reverse argument–diversity doesn’t sell–is also patently untrue.

In many ways, The Great Wall was Ghost in the Shell’s predecessor. The Great Wall faced similar backlash for the ways it prioritized whiteness in an Asian story–though its problems were in some ways less extreme. Directed by a renowned Chinese director, Zhang Yimou, and starring a number of high-profile Chinese actors, including Andy Lau and Jing Tian, The Great Wall‘s sin was not whitewashing. Instead, its problem was a white savior narrative.

The trailers and marketing focused almost exclusively on Western star Matt Damon, who was often the only character featured on the posters. Given the heavy involvement of Chinese creatives (who have every right to try and use Damon’s star power to promote their films abroad), The Great Wall probably could’ve come out of this better if they’d just made a less racist marketing campaign. Instead of playing up Zhang Yimou’s unique visual style, or emphasizing Jing Tian’s dynamic with Damon, they made it look like a generic Matt Damon vehicle with a plot we’ve seen 100 times before.

And they paid for it at the domestic box office. The film opened to a thoroughly underwhelming $21 million on Presidents’ Day Weekend in the U.S.

However, The Great Wall did do very well in China; it was the fourth-biggest live-action film of the year there, if one considers it a Chinese film, and the second-biggest if one considers it a Hollywood film. (It was a jointly financed production.) It was by no means a breakaway hit, but it was popular–just not popular enough to override its under-performance in North America.

Iron Fist, another white savior series, also flopped where its Netflix and Marvel predecessors had done well. Reviews for the first six episodes were almost universally negative. Netflix hasn’t released the streaming numbers yet, so we’ll have to wait and see if it performed well for them commercially. But, again, we saw the same song-and-dance from Ghost in the Shell and The Great Wall. The producers were criticized for shutting out or minimizing Asian people in stories about Asian culture; they tried to justify themselves anyway; the end product just wasn’t that good, or that profitable.

So can we all stop pretending that whitewashing is a safer bet? Because to my eyes, it’s starting to look like the riskier, less rewarding–and most importantly, more racist–decision.

(Via The Hollywood Reporter; image via Paramount Pictures)