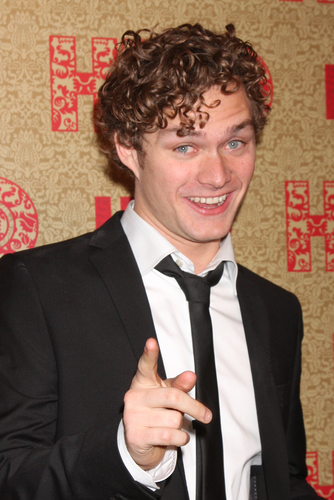 Lately Finn Jones, who’s taken on the role of Danny Rand/Iron Fist in Netflix’s latest Marvel series, has been on the defensive as poor reviews and discussions of media representation for Asians dog the show.

First, he started a Twitter argument with an Asian woman from Singapore about how diverse Iron Fist is. When bad reviews started rolling in, he said that Iron Fist is a show for fans, not critics (never mind that many of the reviews were from geek sites. You know, ones at which fans often work). But today’s excuse for why people are speaking negatively about Iron Fist takes the cake.

According to i09, Jones recently did an interview with The Radio Times in which he blamed critics’ disdain for the show on … Danny’s similarity to Donald Trump. He said:

We filmed the show way before Trump’s election, and I think it’s very interesting to see how that perception, now that Trump’s in power, how it makes it very difficult to root for someone coming from white privilege, when that archetype is public enemy number one.”

io9 makes some salient points in reference to Jones’ statement. “No one’s bitching about Tony Stark or Bruce Wayne, who are far more representative of the uber-rich, beyond-the-law stereotype than Danny Rand is,” they remind us, and the disappointment some fans have over his casting is not “’public enemy number’ one so much as it is people expressing disappointment that promoting diversity in entertainment is still a battle that needs to be fought every day.” There’s also the fact that recognizing racial and economic privilege isn’t something that started with or has anything to do with Trump.

There was this little thing a couple of years ago called Occupy Wall Street, where the term “the 1%” was coined, and the 99% changed the national discourse. There’s been widespread disappointment with having white, financially privileged people disproportionately represented on television and in film for years. So it isn’t that critics and fans are suddenly responding to new stimuli when analyzing Iron Fist.

If anything, it’s the exact opposite. It’s that people continually talk about these issues over, and over, and over again, and we’re so very tired of the easy dismissals and the lack of action taken to remedy them. The criticism isn’t new, it’s backlogged.

And then, there’s the fact that many critics who are also fans are simply not impressed by the storytelling. Io9 says of Iron Fist: “To be fair, every one of the Marvel Netflix shows so far has had problems like these, like brief lapses in characterization or especially their myriad pacing issues. But they all had something to override those issues and ultimately make them compelling to watch … Iron Fist brings absolutely nothing fresh to the table, but it still had the same problems anyway.” Knowing that there’s nothing BUT fans over at io9, it seems clear that the problem isn’t that their critics “can’t appreciate” the show the way “a fan would.”

My big question is, why has Marvel’s marketing team not tried to curb Jones’ defensive strategy? His constant insistence on blaming outside forces and seeking out the argument has made me go from being vaguely interested in seeing Iron Fist—because it’s a Marvel show—to being completely uninterested.