Get Your Grubby Hands off My Supergirl: EP Andrew Kreisberg Goes From Suspended to Fired 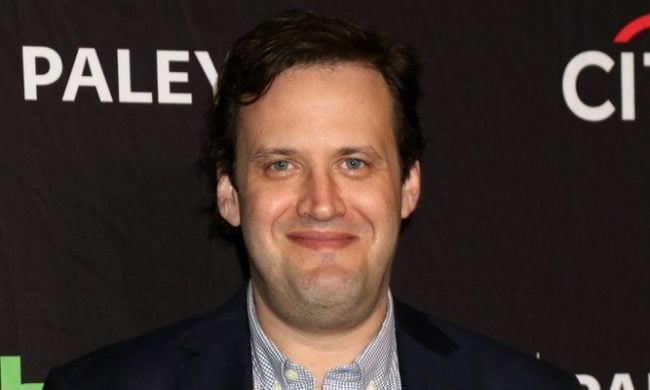 One of the most disheartening points for me in the recent wave of high-profile suspensions and firings of male Hollywood executives and creatives was learning that Andrew Kreisberg, co-creator and Executive Producer on multiple DCTV shows on The CW, including Supergirl, had a long history of sexually inappropriate behavior, which led to his suspension. He has now been officially fired.

According to The Hollywood Reporter, “Kreisberg has now been terminated from all four [DC] series as well as CW Seed’s Vixen and has lost his overall deal with the studio.” There was also word that another series Kreisberg was developing with Greg Berlanti is now up in the air as well.

“After a thorough investigation, Warner Bros. Television Group has terminated Andrew Kreisberg’s employment, effective immediately,” WB said in a statement. “Greg Berlanti will assume additional responsibilities on both The Flash, where he will work closely with executive producer/co-showrunner Todd Helbing, and Supergirl, where he will work closely with executive producers/co-showrunners Robert Rovner and Jessica Queller. We remain committed to providing a safe working environment for our employees and everyone involved in our productions.”

Meanwhile, Greg Berlanti and Sarah Schecter of Berlanti Productions, the company behind the DCTV shows, had this to say in a joint statement:

“Warner Bros. Television Group recently concluded its investigation into the allegations against Andrew Kreisberg. We encouraged and supported this investigation, we believe and support the individuals who came forward, and we agree with the studio’s decision. Nothing is more important to us than the safety and well-being of all our colleagues — co-workers, crew and staff alike.”

This is another instance in which the rumors had been going around long before anything was actually done. Several months ago, I was at the same event as several working television writers who work closely with Berlanti Productions, and “AK” came up in conversation a lot. In the wake of Harvey Weinstein, all the talk was focused on when Kriesberg would finally be next. As it turns out, that time is now.

Which still leaves us with the fact that people knew this was happening long before Warner Bros. launched this particular investigation. As we reported earlier this month:

“However, one female producer said she did reach out to Greg Berlanti’s Berlanti Productions, which co-produces the CW DC shows with WB, with her concerns about Kreisberg. But “there was zero response. Nothing happened. Nothing changed.” Variety‘s sources claim that Berlanti himself “was never made aware of any allegations about Kreisberg’s behavior, and if he had, he would have directed them to human resources.””

Now is the time for Berlanti Productions, Warner Bros., and every other production company and studio in Hollywood to completely rethink how they handle complaints like this. Too often, we hear about things going reported for years without investigation, consequences, or change. Moving forward, it shouldn’t take a seismic shift in the culture to remove a serial sexual harasser and abuser from the workplace. It never should have.

Today, however, I’m thrilled. Because once the news officially broke about Kreisberg, I couldn’t tolerate the fact that this man, who has so little regard for women, was in charge of so many amazingly talented and badass women, both in front of and behind the camera. I couldn’t stand that he had anything to do with Supergirl, the most explicitly feminist show in the DCTV universe. It nauseated me. Now? Don’t let the doorknob hit you on the way out. Or do. I don’t care.

However, the women of The CW’s DC shows continue to give me hope. If you haven’t already, follow their “Shethority” effort on Instagram. The female stars of Supergirl, Arrow, The Flash, and Legends of Tomorrow have all banded together to create a safe space for women that is currently evolving. Right now, they’re selling t-shirts for a limited time to benefit Girls, Inc. as well as to build Shethority into a real community.

With the firing of Andrew Kriesberg on the TV side, and longtime sexual harasser Eddie Berganza fired on the comics side, DC is slowly, but surely becoming worthy of its badass female heroes and the equally badass women who help bring them to life. Here’s hoping DC continues in this direction.