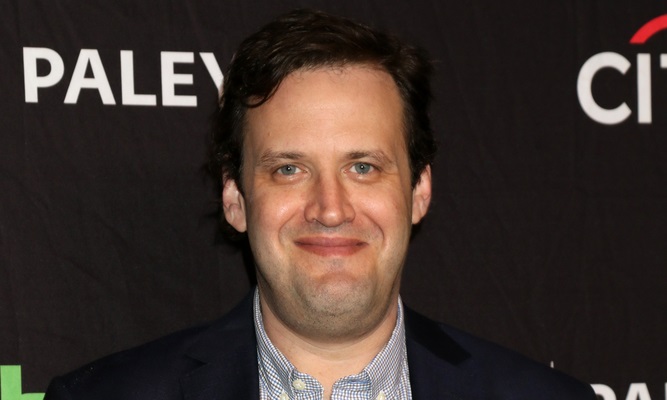 Andrew Kreisberg, who serves as an executive producer for many of the DC shows on The CW, including Arrow, The Flash, and Supergirl, has been suspended after multiple women and men accused him of sexual harassment on the job. In a statement released on Friday, Warner Brothers announced that they are launching an investigation into the allegations, and Kreisberg has been suspended while they do so.

Nineteen anonymous sources spoke to Variety about their experiences with Kreisberg, and you can read all their specific stories here. As Variety summarized, “Kreisberg is accused of frequently touching people without their permission, asking for massages from uncomfortable female staff members, and kissing women without asking. Almost every source cites a constant stream of sexualized comments about women’s appearances, their clothes, and their perceived desirability.”

In addition, Variety‘s sources said, “Kreisberg’s problematic behavior, particularly around women, got worse once he had a great deal of authority as an executive producer on several shows.”

None of Variety‘s sources spoke to Warner Brothers human resources (HR) department about Kreisberg’s behavior, fearing reprisal and feeling that “it seems like nothing’s been enforced.” However, as stories about Kreisberg’s behavior began to spread, HR actively started to interview the women on his staff to investigate. It is at once disturbing that these women felt they couldn’t come forward, and heartening that HR actually responded once they heard about it, rather than ignoring the problem. I hope that this revelation spurs Warner Brothers to create an environment where their employees can feel safe coming forward.

However, one female producer said she did reach out to Greg Berlanti’s Berlanti Productions, which co-produces the CW DC shows with WB, with her concerns about Kreisberg. But “there was zero response. Nothing happened. Nothing changed.” Variety‘s sources claim that Berlanti himself “was never made aware of any allegations about Kreisberg’s behavior, and if he had, he would have directed them to human resources.”

Kreisberg himself denies all the allegations. In his statements to Variety, he tried to explain away specific stories with statements like, “There was never any sexual intent or overtones” and “I have proudly mentored both male and female colleagues for many years. But never in what I believe to be an unwanted way and certainly never in a sexual way.” Light the gas lamps, folks.

Kreisberg’s alleged behavior feels particularly hypocritical given the vision and subject matter of Supergirl. Kreisberg was a co-showrunner on the series, alongside Jessica Queller and Robert Rovner, and has spoken repeatedly about how important it is “for young women to be able to see Kara do all the things that she can do.” It feels particularly sinister and gross when an alleged serial sexual harasser co-opts the language of women’s empowerment for his own PR, paying lip service to feminism in fiction while routinely demeaning and harassing the real-life women and men he works with. As with Joss Whedon, these are men who not only feel they have a right to women’s bodies, but a right to a women’s movement which their own predatory behavior makes necessary.