Thank You Donald Trump, Can’t Wait To Get My Husband Back To Work 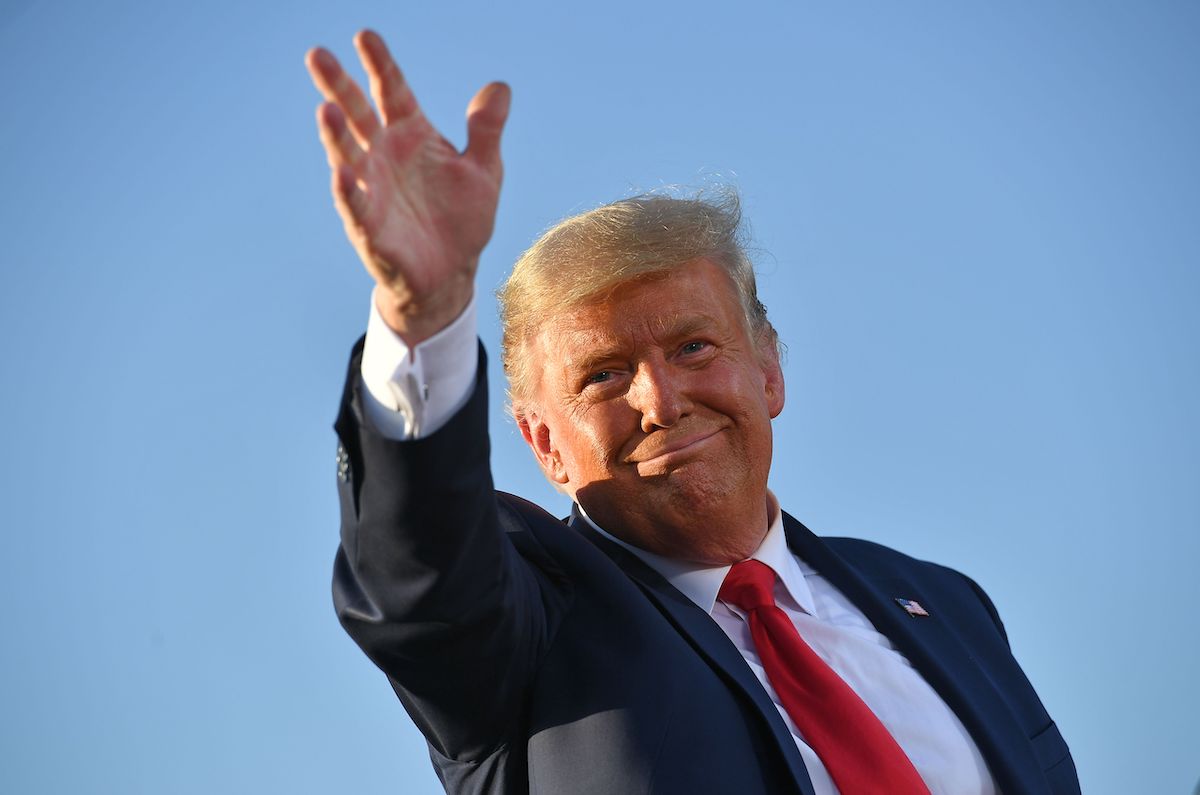 When will my husband return to work? Oh, wait, damn, I have to go get a husband first. Whoops. At a rally in Omaha, before Donald Trump quite literally left his supporters out in the cold, the president promised to get husbands back to work. Yes, you read that right. Husbands. Because this is a 1950s sitcom we’re living in.

Trump was making yet another of his infamous appeals to female suburban voters, who he apparently imagines are swanning about in a set of pearls between caring for the kids, cleaning their houses, and making dinner for their husbands. This is what he said:

The president detoured briefly to attack Michigan Gov. Gretchen Whitmer (D) ― the target of a violent kidnapping plot recently foiled by the FBI ― for her coronavirus lockdown measures, before returning to his pitch to women on COVID-19 economic recovery.

Yes, only their husbands will be returning to work, not women (were they ever working in the first place? Trump is unclear). As Huffpo points out, women make up 55% of the 20.5 million people who lost their jobs in April, and continue to bear the fallout of the pandemic recession at disproportionate levels. Everybody wants it! But only men appear to be on Trump’s getting-back-to-work agenda.

Trump: We’re getting your husbands back to work pic.twitter.com/MOHh0d1Vu7

This is just who Trump is. Saying that “husbands” would get back to work instantly implies that he doesn’t care about the women he’s speaking to. He cares about their husbands going out and making money and “providing” (for the economy), as if these women don’t have that option. As if they don’t want to go back to work, too.

As someone who came from a family where my mother was the major breadwinner and my father was a stay-at-home dad by the time I was eleven, this is idiotic to me. This way of thinking is archaic and once more demonstrates how Trump (and his supporters) want to go back to a mystical “good ole days” where women stayed in the kitchen and, unless you were a straight white man, you didn’t have a say in things. This is basically his foundational platform..

And yet over 50% of white women voted for Donald Trump in the 2016 election. That, to me, is even more frightening, because they clearly either think the same way he does, or they do not care. This time around, Trump has lost a lot of ground among female voters (thank god, but was the Access Hollywood tape in 2016 not enough?), which is why he’s trying to “appeal” to a segment of them at all. His approach, of course, is racist as well as sexist, blaring constantly that the suburbs are “under siege.”

Donald Trump has shown time and time again just how sexist he is and yet he still has women who support him. What does he have to do to lose your vote? Stand up on a podium and say “Women are terrible I only like to look at them”? Considering the foul and derogatory nicknames and language he uses to describe any woman he doesn’t like, he’s basically said as much. Yet somehow there are women who will still cast a vote for him in 2020, and that is incredibly depressing to me. It’s all the more depressing to think they’d look at a man who botched the pandemic response at every turn and trust that he’s capable of setting us on a road to economic recovery.

So anyway, I can’t wait until my husband can get back to work (and also return from the store since he left to get milk back in 1947 and never came back). I’m tired of success being only equated with male accomplishment. I’m tired of men being the only “breadwinners” existing as an idea that is perpetuated by the president. And, frankly, I’m just f**king tired of everything happening with this administration and the people who continue to support Donald Trump.