Trump Literally Left His Followers Out in the Cold in Omaha 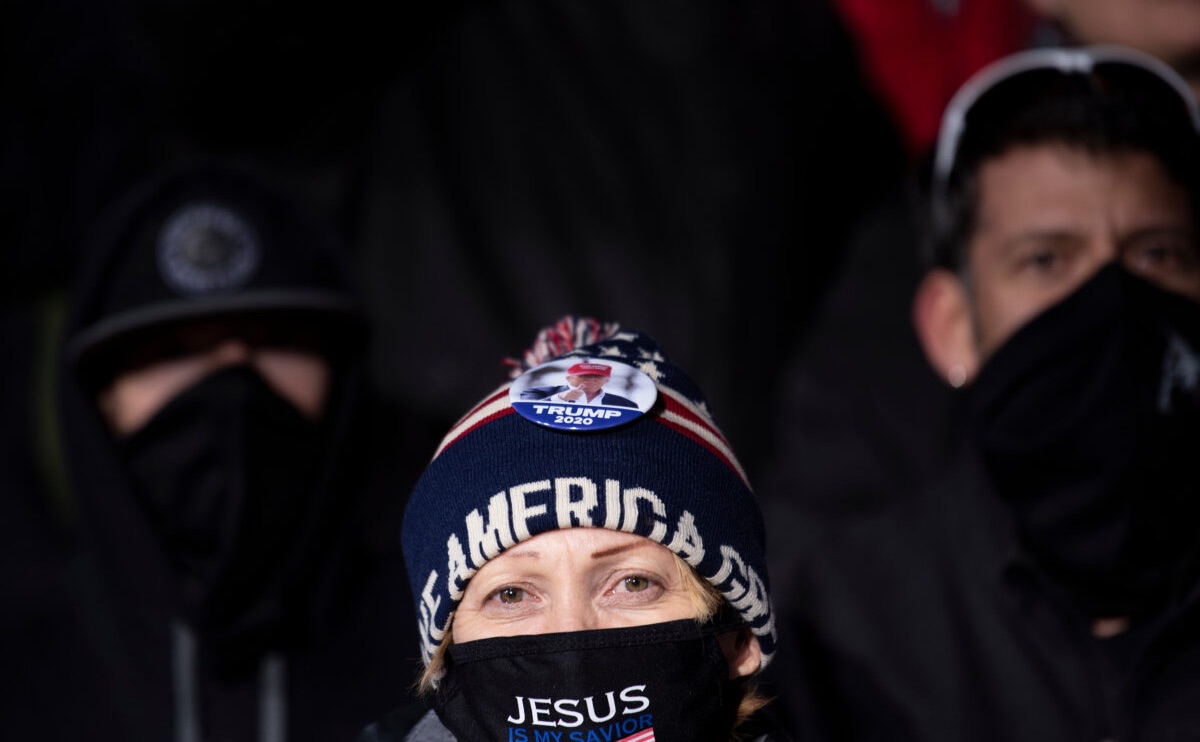 The metaphors made reality of 2020 have been a bit heavy-handed since the murder hornets, let’s be honest. But Donald Trump luring gullible people to a poorly planned event, making them vulnerable to illness and then literally leaving them out in the cold as he rushed away on his jet … that’s a new level of on the nose.

But it’s exactly what happened last night in Omaha, Nebraska when Trump left hundreds of supporters freezing in the dark, unable to get back to their cars and homes for hours.

The event was held at Hadley airfield, where supporters were bused in, which seems like a totally safe and cool thing to do in a state where COVID cases are spiking! And it should surprise no one that many of the attendees at the rally didn’t wear masks. But beyond the usual disregard of COVID safety, the event was terribly organized and no one seemed to care what would happen to the people there after the rally was done.

After the President left at 9:00 pm at night, it took until 12:30 am for the crowds to be cleared from the area. People waited in the dark and the cold, some wandered back to try and find their cars and ended up getting lost. Many people ended up needing medical attention. It was cold, dangerous, potentially deadly chaos with temperatures well below freezing.

According to NBC News reporting on radio dispatches: “At least 30 people including the elderly, an electric wheelchair user and a family with small children were among those requiring medical attention after hours of waiting in the cold at the rally at the Eppley Airfield.”

But I guess if these people were willing to risk COVID for this President, they must have been fine with being left to freeze in the dark Nebraska night instead?

Supporters of the President were brought in, but buses weren’t able to get back to transport people out. It’s freezing and snowy in Omaha tonight.

What people will do for this con man, what people have sacrificed, is so sad to me. He truly does not care about you. #OmahaRally https://t.co/oR0Ujm9yvM

Thousands of people left out in the cold and stranded in #Omaha, #Nebraska after a #Trump rally. I’m told the shuttles aren’t operating & there aren’t enough busses. Police didn’t seem to know what to do. Some walked. I saw at least one woman getting medical attention. pic.twitter.com/oIkmixaZt0

BREAKING: Trump left thousands of his supporters stranded in Omaha in the freezing cold last night. Some were taken to the hospital suffering from hypothermia. Others walked over 3 miles to find their car. No one should vote for Trump. No one. Vote Biden. #WednesdaySenateBlueWave

The failure of planning and caring about the people he was using as props to boost his ego is normal for Trump. But it’s still rare to see callousness and incompetence collide in a way that was so dangerous and public. But then again … we’re seeing it play out every day as COVID cases spike and Trump pretends that the pandemic is over.

It was like a mini-version of the Trump presidency right there in Omaha, where he suckered people in, fed them entertaining lies for a little while, then waltzed away back to his palace and left the commoners to die. Is America great again yet?

Seems like if any past president had drawn a large crowd of supporters out into an isolated area for a rally and then left them there to die it would be a campaign-defining scandal, but those were simpler times I guess and we were a simpler people.