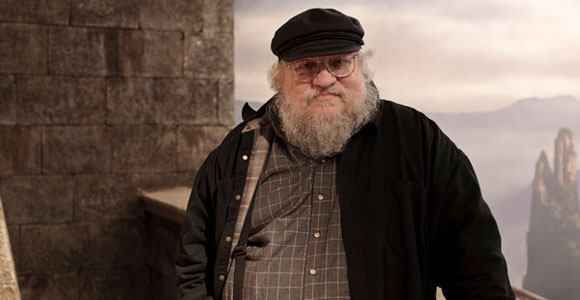 George R. R. Martin, writer of A Song of Ice and Fire, the series HBO’s Game of Thrones is based on, is a longtime comic book fan (he even wrote into a Marvel letter column in 1964). With his success, you’d think a pairing between himself and one of the big comic companies would be a no-brainer. Well, Martin is totally up for writing a specific Marvel comic, he just has a few particular demands. For instance, he would like his story to be UN-RETCONNABLE, (yes, I just made up that word, go with it), meaning Marvel wouldn’t be allowed to ever alter or erase what he wrote fromt their universe. Oh, Georgie boy, you’re a comedian.

Martin was chatting with MTV Geek recently and got on the topic of Doctor Strange.

I don’t know what my story angle would be. The character I’d have the most fun writing would be Doctor Strange, the master of the mystic arts, he was always one of my favorites … but before I did that I’d have my lawyers meet with Marvel’s lawyers and work out an iron-clad contract that would say that whatever I did in the story would continue on forever and would never be retconned, rebooted or reimagined out of the universe when some later writer decided to mess around with it … I always hated reboots and retconns and the fact that a new writer comes in and ‘un-does’ what the previous writer did and brings dead characters back to life, kills new characters. … but I did love Doctor Strange and if I was to write a Marvel character him and his dimensions would be it.

Hey, I’m totally with you on this, George, and I think a lot of other comic fans are too. But it is quite a lot to ask. As a long time comic reader, you’d think Martin would know how the comic book industry works by now, or perhaps, he knows it all too well? He knows classic stories get retconned left and right, I don’t blame him for wanting what he writes to stick around for good. Would Marvel ever agree to something like this? Of course not but they both have the right to be choosey.

In a perfect world where something like this was actually realistic, how would Martin go about utilizing the Sorcerer Supreme?

I’d separate him off from the rest of the Marvel universe and not make him part of a team. He doesn’t really fit any of that stuff, he’s a guy that shouldn’t even be known to the rest of the heroes, living on the edge of the Marvel Universe protecting the world and our dimension and plane from dangers and forces out there that the other characters like Spider-Man and The Avengers don’t even dream exist. He’s our wall against Cthullu and the Old-Ones and the dread Dormammu. That’s when Doctor Strange was at his best, Stan Lee and [Steve] Ditko were [writing] him in just that manner.

So what do you think? Would you read Martin’s Doctor Strange?