George Miller on Mad Max Films: “I Won’t Do Those Anymore” 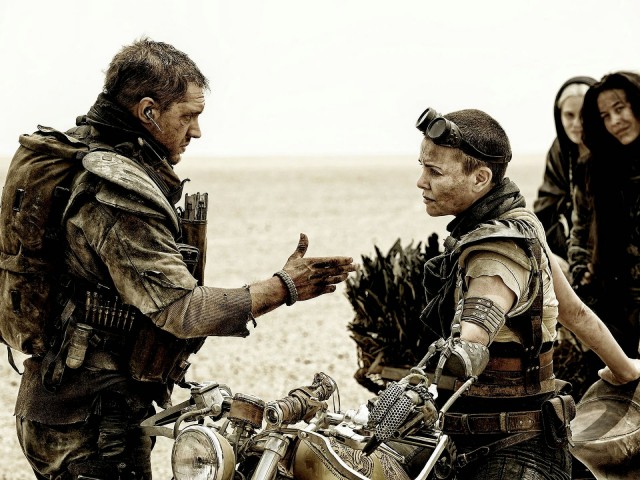 First, he said that he had scripts out the ying-yang for the next installment. Then, he said that there’s no more Furiosa for a while. Now, it seems that director George Miller has given up on the Mad Max franchise entirely.

In an interview with Cindy Adams of The Daily News’ Page Six, Miller flat-out said he’s not doing any more Mad Max films:

I won’t make more Mad Max movies. Fury Road with Charlize Theron, Zoë Kravitz, Rosie Huntington-Whiteley and Riley Keough was forever getting completed. If you finish one in a year, it’s considered a leap of faith. Start, stop, start again.

I’ve shot in Australia in a field of wild flowers and flat red earth when it rained heavily forever. We had to wait 18 months and every return to the US was 27 hours. Those Mad Maxes take forever. I won’t do those anymore.

First of all, I kinda love that he didn’t even mention Tom Hardy when naming the cast of Fury Road. ‘Cause, you know, Max was kind of a supporting character in his own film.

But second, I kinda don’t blame the guy. George Miller is seventy years old, and making a huge action blockbuster like that is brutal.

Also, knowing that he’s directed films as diverse as Lorenzo’s Oil, Babe: Pig in the City, and the Happy Feet films – all films I loved for very different reasons – makes me want to see what else he can do. I don’t want him to go the route of another George who shall remain nameless (*cough*Lucas*cough*), leaving behind all his smaller, artsier films, or the films with more heart and emotion to them – lovely films that he was really good at – simply to cater to the public’s need for him to continue telling stories in this one world he’s created. Directors are artists, and they should be allowed to play in different sandboxes to exercise their creative muscles.

And last, it would not be the end of the world if Fury Road were the last Mad Max movie. The franchise couldn’t ask for a higher note to go out on. Not only that, but it’s not as if a lot of the people who saw and loved Fury Road came to it because they were huge fans of the franchise. I mean, I’m sure many did. But let’s face it – Mad Max isn’t Star Wars. While it’s a popular franchise for sure, it’s not something that everyone is into.

Yet people flocked to Fury Road, with its abundance of nuanced female characters, and a dystopian action story that had a decidedly feminine bent. It wasn’t women “acting like men,” either. It was a legitimate action film (explosions! death! big cars racing across a desert!) telling a feminine (and feminist) story, and I’d like to think that it was this that brought in audiences as more and more people saw the film and told each other about it. It was so fresh and so vibrant and unlike what most of us have seen in an action film before.

So, it isn’t “Mad Max” that made Fury Road the success it was at all. And it isn’t “Mad Max” that’s garnering the film all the awards attention it’s receiving right now. So, if this is the end of the franchise? I’m not gonna be crying over it. Sure, I’ll miss more Furiosa, but she’ll always be there for me on Blu-ray whenever I need her.

Now, knowing Hollywood, this won’t be the end of the franchise. Hollywood doesn’t like letting successful things go, preferring instead to milk them until they’re dry, much like how Immortan Joe got Mother’s Milk out of his breeders. So the more likely scenario is that the Mad Max franchise may possibly live on with a different director (and hopefully with Miller’s blessing and story ideas). Strange though, that on IMDb Mad Max: The Wasteland is still listed under Miller’s upcoming films. Are things actually not as final as all that?

What do you think? Would you be satisfied with Fury Road being the final Mad Max installment? Do you want to see the franchise go on with another director, or do you hope Miller changes his mind? Tell us below!