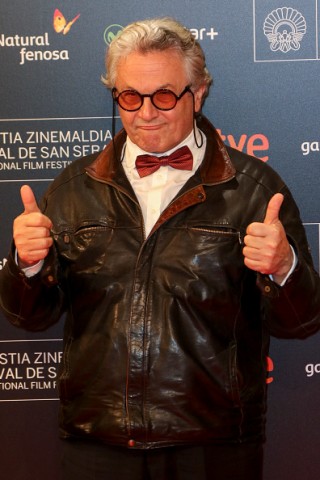 How could Imperator Furiosa not inspire a million more stories? Well, it’s unlikely that the next Mad Max film will have anything to do with her, as the franchise is more like an anthology series. However, George Miller and Warner Bros. are currently discussing which of two scripts currently in existence will be the next installment in the Mad Max story.

Yup, there are two scripts that are already done and in consideration right now. It’s only a matter of which one to do first. As Miller told Top Gear, it was all a product of Fury Road having had such a long, arduous journey to get to screens in the first place:

This film [Fury Road] was green lit three times and fell over three times over a decade. We went to shoot with Mel Gibson back in 2001, but then 9/11 happened, and the American dollar collapsed against the Australian dollar close to 30 per cent, so we lost that amount of budget overnight.

We were then rained out of Australia. The desert rained for the first time in 15 years, and we ended up in South West Africa, Namibia. But in this process, we had dug down deep into the backstory, not only of the characters, but of every vehicle. How the steering wheels became religious artifacts and things like that.

So we ended up with two scripts, without really trying. We’re talking to the studio [Warner Bros] about it as we speak, but which one of the two stories will happen next, I’m not so sure.

Hmmm. So, might the next Mad Max film be some kind of a prequel? The War Boys’ backstory, or about Immortan Joe’s rise to power? Or did all that backstory work simply inspire new ideas that went into Max’s adventures after leaving Furiosa in charge?

Whatever the story is, we’re going to have to wait a bit. As you can imagine, making Mad Max: Fury Road took a toll on Miller, and he’s looking to direct a less strenuous film first before diving back into the apocalypse.

(via Polygon; Image via Getty Images)