Rumor: George Lucas Is Buying the Rights to Dead Movie Stars to Make New Movies With Them [Update: No] 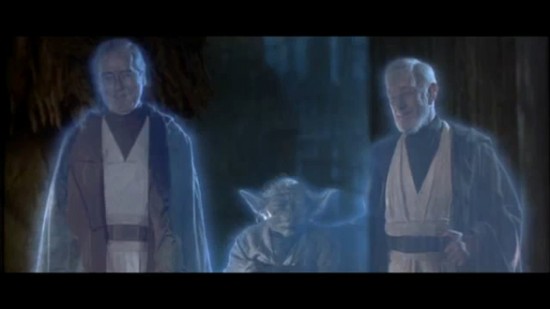 This news is dubious at best, but like the best kind of rumor, it seems hauntingly plausible.

Update: But it isn’t true! “The “I cast dead people” scenario that’s making the rounds on the web is not true, according to Lucasfilm spokesman Josh Kushins. “This rumor is completely false,” he told Wired.com in an e-mail Monday.”

Mel Smith, a British comedian who worked with George Lucas on the little known 1994 film Radioland Murders, which Lucas wrote and executive produced for, had this to say about his experience:

George doesn’t understand comedy, so the movie flopped. At least it taught me how to use CGI. George is obsessed with it and used too much in the last two Star Wars films — which I thought were ghastly.

He’s been buying up the film rights to dead movie stars in the hope of using computer trickery to put them all together in a movie, so you’d have Orson Welles and Barbara Stanwyck appear alongside today’s stars.

The idea is that if Lucas had the rights to the movies and images of dead film stars, he could lift clips of them from old films and stitch them with new footage, actors etc., into wholly new productions.

Yes, the quote is from a guy who worked with Lucas sixteen years ago and didn’t enjoy the experience.  But hark!  Do I hear a scribbling sound?  As if thousands of lawyers suddenly cried out in terror, and then started redrafting clauses for their famous clients’ wills?