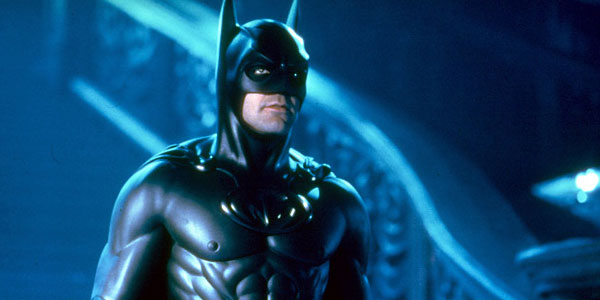 Batman & Robin wasn’t enough for George Clooney. (Who would want to go out on that note, anyway?) Now he seeks the means to fight injustice in real life with a satellite network that monitors human rights abuses. While already functional, the Satellite Sentinel Project is just now moving from monitoring to more aggressive investigations.

Imaginary comic book movie motives aside, why is Clooney doing this? Actually, he’s a co-founder of the project, and he said in a recent announcement:

Genocide and other human rights crimes are never just spontaneous events. They require planning, they require financing, and they require international indifference to succeed. Where is the money coming from, and where is it being hidden? To the extent we can, we want to make it more difficult for those willing to kill en masse to secure their political and economic objectives, and we want to move the needle away from indifference and inaction.

And Clooney won’t let innocent people come to harm because he lacked the will to act. The project has been monitoring rights abuses in Sudan and South Sudan since December 0f 2010, and it will expand its operations to Central African Republic and the Democratic Republic of the Congo, according to Satellite Sentinel representatives. The new investigations will help show where cash flow for these humans rights breaches comes from through the trade of diamonds, gold, ivory and more, and they will identify the individuals responsible.

You can find out more about the project on its website and see the satellite imagery they’re working with.

John Prendergast, a co-founder of Sentinel along with Clooney, said:

The objective is a comprehensive approach to countering atrocities that involves satellite imagery, forensic investigations, on-the-ground research, and deeper investment in impacting the calculations of policymakers and commercial actors who might possess the leverage to help stop these human rights crimes.

Great. Now someone just get these guys their own Batmobiles and Batplanes to intimidate their targets and go save the world. It’s time our enemies shared our dread.

(via Space.com, image via Batman & Robin)