This is how you do it, Game of Thrones. 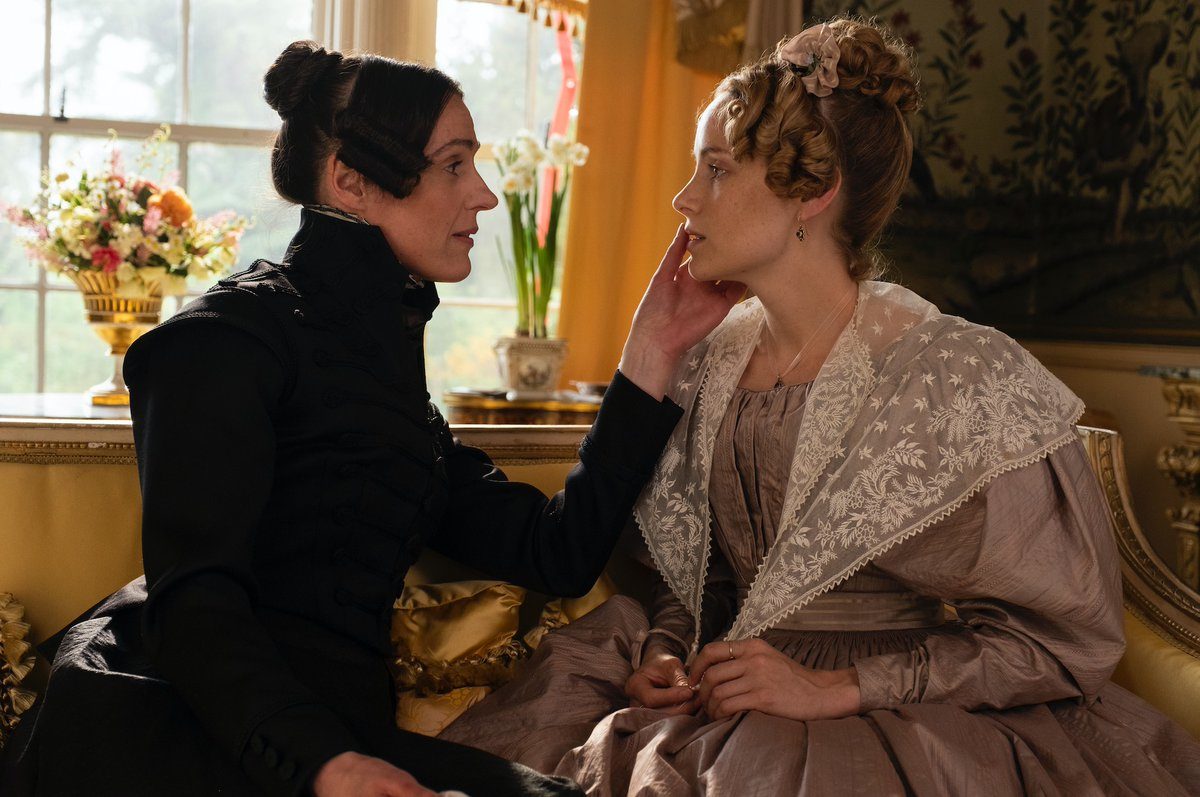 This week’s episode of Gentleman Jack, “Most Women Are Dull and Stupid” revealed that the protagonist’s love interest, Ann Walker (Sophie Rundle), had been raped and abused by a man in her life. It was an unexpected turn of events, but one that was foreshadowed by what we’ve learned so far about the character.

If you haven’t seen the series (and you should, it’s great) Gentleman Jack follows the adventures of Anne Lister (Suranne Jones), a lesbian landowner in Halifax who lived boldly as herself, defying sexual and gender mores of the time. The series, based on Lister’s diaries, follows her life as a bold woman in a man’s world, running her estate and romancing the wealthy and innocent Ann Walker.

Ann Walker is the kind of woman we see frequently in Georgian-era stories. A wealthy woman who is imprisoned by her own fragility, treated like a delicate flower by all around her. Since her introduction, we’ve been told that Walker suffers from various physical ailments, from back pain to a nervous condition that makes the rigors of daily life weigh on her.

Walker’s sickly nature is easily written off – after all, she is a woman during a time when women’s issues were largely chalked up to hysteria or “womanly problems”. But as Anne Lister spends more time with Walker, she discovers that her lover’s wounds are largely psychosomatic. During a weekend trip to York, Lister’s own doctor examines Walker and says that physically she is healthy (and well enough to jaunt off to the continent with Lister).

Everything seems to be going swimmingly with the couple, until Walker receives news that her friend Mrs. Ainsworth has died. Ann is devastated and begins to draw herself away from a confused Ms. Lister. She later reveals that the recently widowed Mr. Ainsworth has proposed marriage to her in a letter. She refuses to show Lister the letter, and Miss Lister issues an ultimatum regarding their relationship.

Lister, who has frequently found herself left for a marriage proposal, is dismayed to lose her new love. But when she confronts Walker, the truth of it all comes out. Mr. Ainsworth has preyed on Walker for years, sexually assaulting her with every visit. Now, he feels entitled to her body given their “indiscretions” and says as much in his letter of proposal.

Thankfully, we hear this all from Walker herself and are spared any traumatic flashback scenes. During the confession, the story is entirely hers, a shared confidence and not an opportunity for exploitation. This caring, sympathetic take on sexual assault is no doubt thanks to female writer and showrunner Sally Wainwright (and the directors, all of whom are women).

Wainwright ably captures Walker’s deep sense of shame and self-blaming for her own assault. As Lister comforts her and assures her it wasn’t her fault, we see a tenderness in her that we don’t often get to see. Lister is horrified not only by the abuses Walker has suffered, but that she nearly lost her to misplaced sense of duty and obligation that Walker felt.

It’s a beautifully written scene, and stands in stark contrast to the way sexual violence is usually depicted on HBO. Between Game of Thrones, Westworld, and others, rape is often depicted in a titillating, gratuitous manner, an injury to be healed through vengeance and violence.

Gentleman Jack delivers the opposite in a quiet, emotionally charged conversation between two women. THIS is how you integrate a sexual abuse backstory into a character’s narrative. The episode ends with Lister holding Miss Walker, and assuring her that she’ll handle Mr. Ainsworth’s impending arrival. I, for one, can’t wait to see what Halifax’s smartest and most capable woman has in store for this villain.