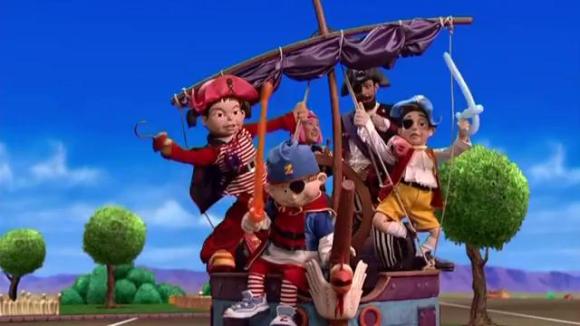 As has been shown time and again, people who download the most pirated media also tend to purchase more than others. Given that geeks are known for being voracious media consumers, it’s no real surprise that genre TV tops the torrent charts. (Not that we condone such things.)

Piracy tracking firm CEG TEK took a look at the top ten TV shows downloaded via Bittorrent last week, as well as the top ten networks whose stuff was being shared. Game of Thrones, shock of shocks, holds the top spot, followed by The Big Bang Theory, The Walking Dead, and Arrow. In seventh place, you’ll find Agents of S.H.I.E.L.D. Closing out the list at #10 is Once Upon A Time. (We’ve got the full chart below.)

While one week’s worth of data is too little to show any concrete trends, it’s a neat bit of info for those with an interest in media distribution, internet usage, and the copyright wars. Personally, I’d be interested to see a breakdown by country, though I’m not sure how possible that would be. I say this because of the list of networks, which includes Netflix. That was the one thing that raised my eyebrows a little bit — because surely, that’s an easy way to pay for the stuff you watch online — until I remembered that I do not live in the US, a fact which my stateside friends often forget when they recommend a series in conjunction with the phrase “it’s on Netflix.” If the rest of the world could use services like Netflix, or could easily watch big-name network stuff, would these numbers change? Or is location irrelevant to the desire for a well-stocked external hard drive? I wonder.