Just doing our part in the name of Internet Justice. 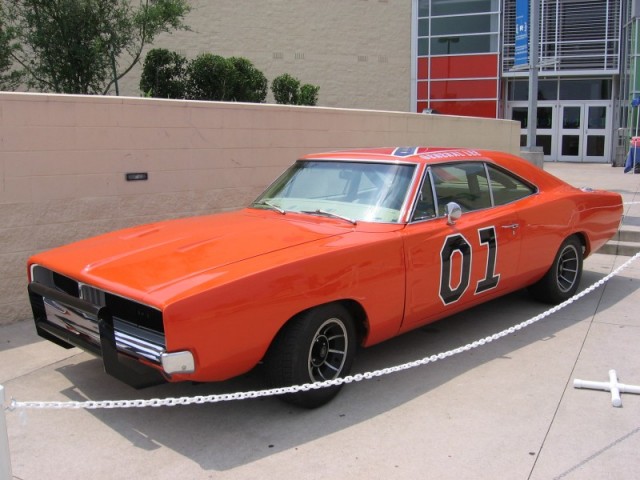 Yesterday on The Judge John Hodgman podcast Hodgman asked the question “Why were the doors on the General Lee welded shut?” I didn’t know the answer, so I looked into it, and instead of just emailing Hodgman the answer, I figured I’d let the whole Internet know. So if you’re wondering, here’s why they’re welded:

The question was posed in the show’s 149th episode “Honk If You Love Justice” which you can listen to right here:

Since them Duke boys were moonshiners always getting into scrapes and such, they ran afoul of the law on a pretty regular basis. They needed to be able to outrun the cops, so it makes sense that they would own a race car. Their Dodge Charger “The General Lee” was built as a race car, which was a common tactic for actual moonshiners.

According to the Wikipedia entry, it is explained in the series that the doors of race cars are welded shut because it’s a race race. We’ve checked a number of rules from racing tracks and organizations, and many of them do mention that doors must be welded shut, but don’t say why. Our assumption would be the danger presented by a door flinging open during a race.

[Update: 3/3/14] A number of commenters have also suggested that the welding improves the frame of the car’s structural integrity while turning.

The How Stuff Works page for NASCAR explains that the body of modern NASCAR cars are welded together and don’t have doors like regular cars. It also mentions that after being welded all the seams of the car are ground down to one smooth piece, making the car more aerodynamic.

It does seem advantageous to racers to have them welded for that reason, but it seems like an obvious safety issue as well. It also makes mechanical sense, because the fewer moving parts on something also means fewer things can break.

Ultimately though, seeing Bo and Luke jumping in through the windows just looked cool.

So there you go Judge Hodgman. Hope this helps.

(via Wikipedia and How Stuff Works, image via )