Asking Students to Confirm Their Gender Before a Test Leads to Lower Scores for Girls, Higher for Boys 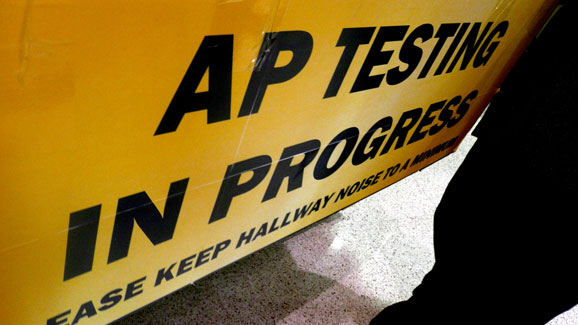 There’s a lot of research out there on the placebo effect where it applies to harmful stereotypes. Findings agree that if you remind a group of students that their demographic typically doesn’t do as well as another in a particular subject, and then test them on that subject, the added pressure to defy expectations causes test takers to underperform.

The Glass Hammer had a talk with Joshua Aronson, a professor of Applied Psychology at NYU, and turned up some pretty interesting stuff. In a study by Educational Testing Services, the people who design the GRE and Praxis tests, a group of male and female AP students were asked to confirm their gender at the end of taking their AP exam, instead of at the beginning.

According to Aronson, the same sort of test has shown a deviation of twenty or thirty SAT points in the tests of female students, and can apply to any test that asks its takers to confirm their racial and ethnic background before taking it, as well. So, basically, any test you need to get into an American college. One relatively simple solution that Aronson proposes is that teachers should emphasize tests as tools of learning in progress, not evaluations of learning in total. Still, easier said than done in the days of No Child Left Behind.