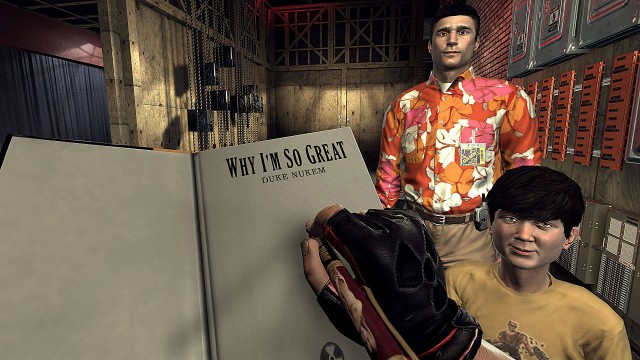 If the overwhelmingly negative critical reception of Duke Nukem Forever wasn’t punishment enough for developer Gearbox Software, they are now being taken to court over the game. 3D Realms was the first company to work on DNF in the game’s sordid 14-year development cycle. During the development of DNF, in addition to not making a remotely good game, Gearbox did not pay 3D Realms the nearly $3 million in royalties that they had agreed to upon picking up the license. Naturally, 3D Realms sued them in response.

In 3D Realms’ official complaint they stated that despite assurances from Gearbox that they would pay the full $2.9 million owed for the licensing, Gearbox has said they can deduct the full amount of the debt before any payments are due. This is the opposite of what Gearbox had told 3D Realms in a previous email.

But why did Gearbox neglect to comply with the agreement? Simply put, it’s because they believed they didn’t need to. They thought that they had paid Apogee back in a better way. Gearbox responded with their reasoning in an official statement:

The reality is that Apogee / 3D Realms (3DR) received the full benefit of its bargain. Gearbox, in its fulfillment of its commitments, enriched 3DR, saved 3DR from its debts and rescued 3DR from its litigation surrounding its failed dozen-plus year attempt to ship Duke Nukem Forever.

As such, Gearbox plans to go into the case with the defense that 3D Realms committed a breach of contract, “were unable to accept reality,” and chose “to become hostile”. Hail to the King, indeed.