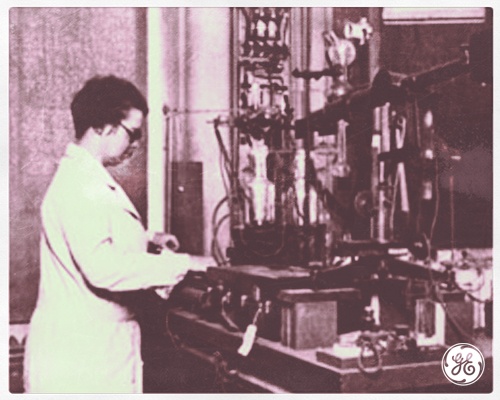 This is Katharine Burr Blodgett, the first woman to get a PhD in physics from Cambridge in addition to being the first woman scientist to join the GE Research Laboratory. She’s known widely as the inventor of “invisible glass.” “But most glass is invisible anyway,” I hear you say. “It’s glass.” Well you can back that assumption right up, because KBB here figured out how to make glass mostly non-reflective and therefore, yes, nearly invisible.

Behind the cut you’ll find another awesome lady hailing from GE’s past. This one worked with jet engines. Jet engines, you guys. 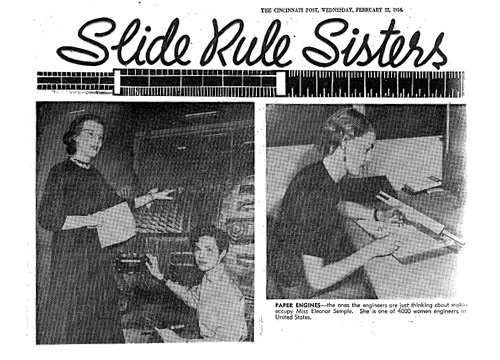 GE’s Pinterest gives us a vintage peek at the female engineers in GE’s aviation department. They’d crunch data using slide rules, which gives me a headache just thinking about it. One of those female engineers—one out of only 4,000 in the whole country, by the way—was Pat Leary, who helped build GE’s first supersonic jet engine.

Check out more vintage pics, including an ad for a hair-dryer that looks like some sort of pink, portable Cerebro, I kid you not, at GE’s The Archives Pinboard.