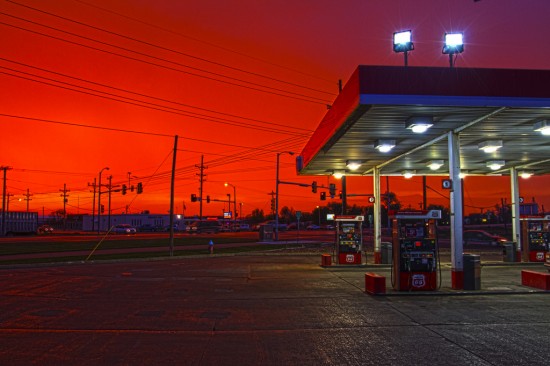 A recent study by the Kimberly-Clark’s Healthy Workplace Project found that gas pump handles are the foulest things most Americans come into contact with on a daily basis. This was a stiff competition, as the other surfaces examined in the study included public mailboxes, handrails on escalators, and the buttons on ATMs. While these three ranked in the top four, they were beaten soundly by gas pump handles.

The study was fairly simple, using swab samples taken from several public objects with which people have frequent contact, the researchers looked for signs of bacteria or viruses. Specifically, the researchers were looking for adenosine triphosphate, which, according to Reuters, “signals the presence of animal, vegetable, bacteria, yeast or mold cells.”

When it came to gas pump handles, the levels were high enough that researchers believe that it could be a site of disease transmission.

Now, before everyone runs to their local filling station with torches and pitchforks, please bear a few things in mind. First, this study does not seem to have been carried out in a highly scientific manner. Though the actual testing appears to be sound, why gas stations were chosen and which ones were sampled appear to have been done on a whim. Furthermore, the study did not find actual evidence of disease transmission, only evidence that it could be possible.

However, the researchers say that their aim was to simply highlight that things are dirty. In the words of the project’s leader, Dr. Kelly Arehart:

“It comes down to the fact that nobody cleans the things that you’re going to touch on a daily basis[.]”

I’ll drink to that, Dr. Arehart, right after I sanitize my hands with fire.