Sometimes it's because insanely difficult games make us rage quit. 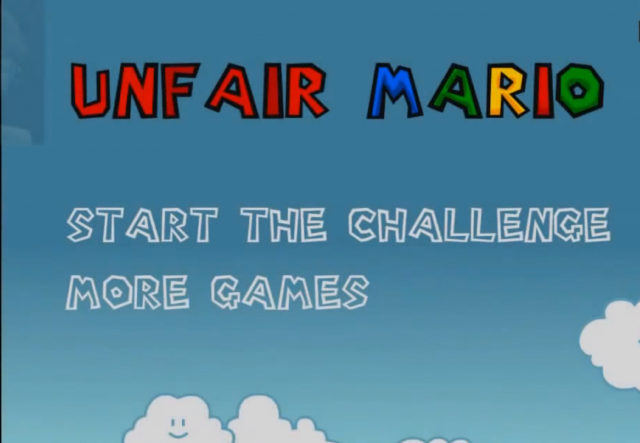 We’ve all had that friend who convinced us that Rainbow Road in Mario Kart was a good idea. Of course, we instantly regretted the decision to drive down that treacherous road because it was impossible to master. Rainbow Road probably made us more unstable than GTA ever did; a new study explains why.

Research teams from the University of Oxford in England and the University of Rochester in the United States published their findings in the Journal of Personality and Social Psychology. The study revealed that gamers become more aggressive when playing games that are too difficult to play, rather than games that depict grisly violent scenes. This doesn’t necessarily mean that violent video games don’t have an effect on gamers at all, they still do. However, the study found that it’s the games with the complicated controls and difficult tasks that seem almost impractical that cause players to be more aggressive and essentially, “rage quit” as I like to call it.

If you’ve ever experienced the agony of falling off the Rainbow Road over and over, or trying to maneuver that incompetent left hand in Surgeon Simulator that seems incapable of holding a scalpel the correct way (clearly that hand did not graduate from med school), then you know the song of rage quitting. You’ve definitely screamed at your monitor, or maybe into your pillows, punching soft things, and met with the temptation of throwing your controller at the television screen. And it wasn’t because you just hijacked a car and out-drove a load of cops in Grand Theft Auto. Some of these games are so difficult, you’ve probably felt like you could go on a killing spree just because of the stress, anxiety and frustration it gives you.

The experiment included six controlled lab tests of university students. The students played a simple puzzle game where the researchers were able to increase the difficulty and manipulate the controls of the game in order to make it less responsive to the gamer. A survey was also conducted of over three hundred gamers where they were asked which games they enjoyed the most. This revealed that players experienced more aggression when they felt inadequate at the game they were playing.

According to the co-author from the University of Rochester, Richard M. Ryan, the aggression comes from players not feeling like they can excel since the purpose of most games is to win. The violent content of video games has little to do with the aggression that players experience.