Valar Morghulis, The Newest Game of Thrones Beer Has Arrived and I’m Here to Brag About It

Anyone can be tipsy. 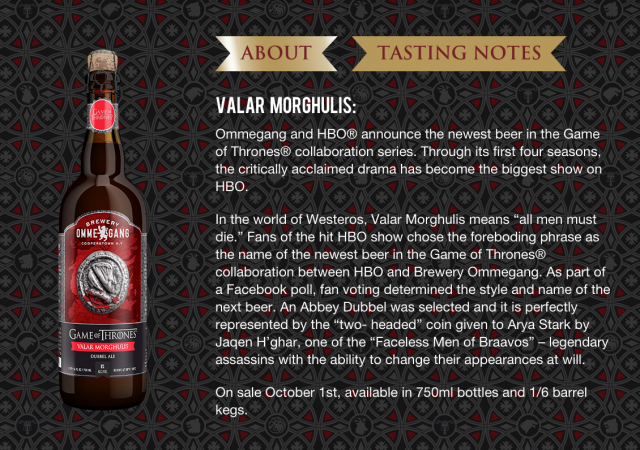 Brewery Ommegang’s newest Game of Thrones inspired beer is officially available today and we got an early taste! I love it and I’m not just saying that because the first time I tasted it was just after Pedro Pascal told me he’s read The Mary Sue and I was on some kind of ridiculous high. Ha. Ha. Nervous laughter. Is it warm in here?

Where was I? Beer. Right.

You may remember Valar Morghulus was chosen as the next beer in Ommegang’s Game of Thrones line by fan votes. Previously, Fire and Blood was my favorite but after trying this new one, I have to say it’s slipped to #2. 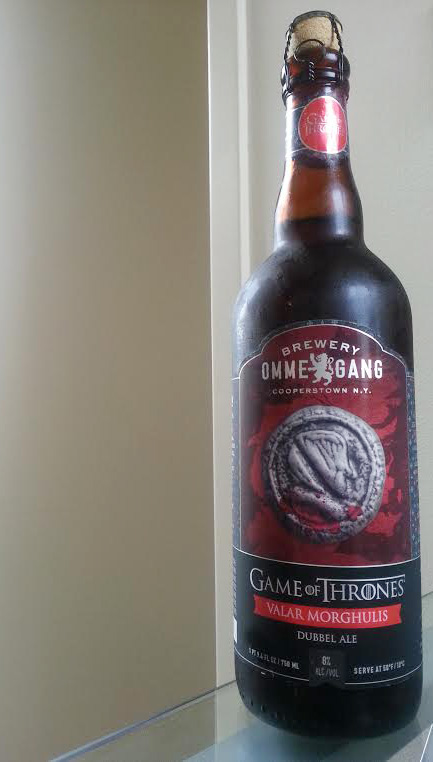 I’m no good at describing beer though, so here’s the official descriptions of flavors from Ommegang:

Valar Morghulis possesses a deep chestnut brown color with a persistent and creamy tan head. Rich aromas of caramel, toffee, ripe fruits and burnt sugar, with a hint of cloves. The taste is delicately balanced with rich malty sweetness, caramel and just enough bitterness to balance out its malty backbone. A surprisingly dry finish is light on the tongue, which belies the initial aroma.

Pair with savory dishes, roasted lamb or beef, marinated roasts and grilled venison. Strong cheeses such as Stilton, Gorgonzola and smoked cheddar will match well against the malty body. 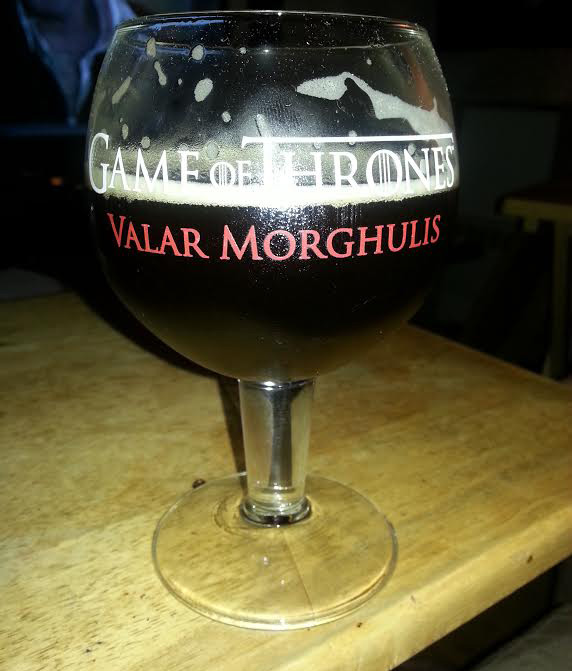 Another fun fan aspect of Valar Morghulis? Each cork is fire-branded with “Valar Dohaeris.”

Have you been able to get your hands on any of the Game of Thrones beer?