Damn it feels good to be a Sand Snake. 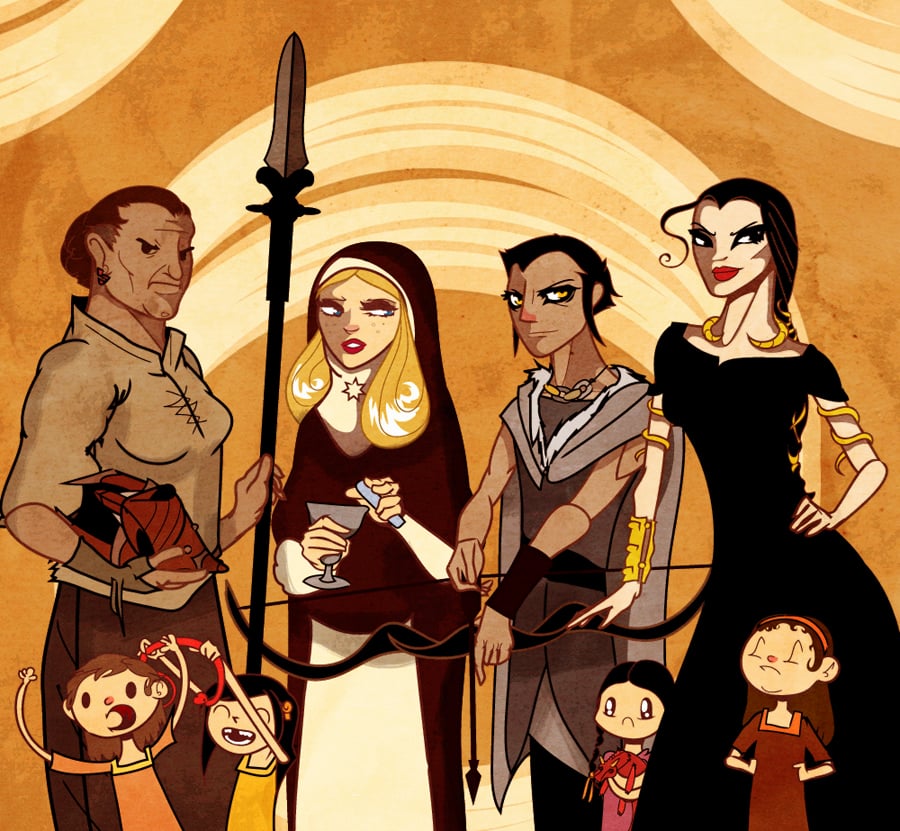 No, not a literal sand snake—Rosabell Laurenti Sellers is neither a snake who lives in sand or a snake who is made of sand. How would she give interviews?! Rather, she’s an actress playing one of Game of Thrones‘ most anticipated new characters. Vague spoilers for Season 5 (and one major spoiler for S4) behind the cut—basically just “Hi, this is who this character is!”

The Sand Snakes, for those not in the know, are the illegitimate daughters of Oberyn Martell, and ho boy are they pretty mad that their dad’s head got squashed like a grape. Three of the eight have been cast: Nymeria “Nym” Sand (the femme fatale), Tyene Sand (the sweet, manipulative one), and Obara Sand (the hot-tempered warrior).

In an interview with Italian site la Repubblica, Tyene actor Sellers spoke out about her character, saying “I don’t know if I will be good or bad, I must avenge the death of my father. From my point of view, it’s the right choice, but killing people maybe isn’t.”

Well that’s not very Sand Snake of you! I kid, I kid. Sellers also spoke out about how she got the role, saying “My agent asked me to shoot a video alone, at home, in which I tried to kill someone. A few weeks later, I was in London, and they called me saying ‘the creators of Game of Thrones want you for a second audition.’ I was then subjected to intensive sword training and martial arts.”

If I were the sort of person to read far too much into every little bit of Game of Thrones information *eyedart*, I would say this quote indicates a change from Tyene’s book characterization, where she was more likely to poison someone than to fight them. She’s a Septa, for Chrissakes. And I would say a Sand Snake shakeup may indicate that the narrative role of Arianne Martell, yet to be cast, might be folded into the Sand Snakes somehow. Aside from the part where Arienne’s the heir to Dorne, which the Sand Snakes, as illegitimate daughters of Prince Doran’s brother, cannot be. We already know via his official character description that Trystane Martell, one of Arienne’s brothers, will be the Dornish heir; her other brother, Quentyn, is also suspiciously absent so far.

Again: If I were the sort of person to read too much into innocuous Game of Thrones-related quotes.

Previously in Game of Thrones, Season 5