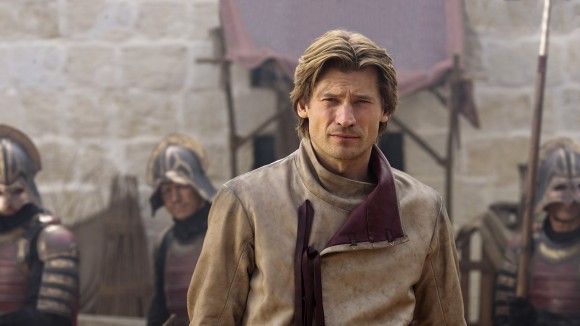 A report at WinterIsComing.net has yielded some interesting rumors about season three of Game of Thrones, now filming in Croatia and Northern Ireland. Warning: There are spoilers aplenty under the jump (and probably in the comments), but if you’ve already read A Storm of Swords and are curious about how season three might differ from its written source material—particularly as regards lisping mercenary leader Vargo Hoat, a certain Harrenhal scene, and Edmure Tully—read on.

First off, concerning Hoat the Goat: Actor Noah Taylor, best known for his roles in Charlie and the Chocolate Factory and Lara Croft: Tomb Raider, has been cast as a character named Locke who fulfills a similar role in Jaime and Brienne’s storyline to Vargo Hoat’s in the books. So is Vargo being replaced? Looks that way. I will mish his lisp.

Speaking of Vargo Hoat and all things Harrenhal-related: We’re getting the bear pit scene! In fact, they’ve already filmed it. During filming, Nikolaj Coster-Waldau wore a bandage over his lower arm, indicating that Jaime loses his hand prior to his arrival at Harrenhal, as in the book. And we’ll apparently also see Steelshanks, one of Roose Bolton’s men, if only briefly; he’s the guy whom Jaime convinces to go back to Harrenhall so he can rescue Brienne.

And, finally, a source has reported that a scene has been filmed where Edmure Tully angers Robb and the Blackfish (yaaay, Blackfish!) by revealing Robb’s battle plans to some of his bannermen in order to impress them. It’s not a scene that was in the book, and WinterIsComing speculates that the source might have misunderstood the scene where Edmure screws up Robb’s battle plans with his own ill-thought-out attack against Lannister forces. I wouldn’t mind this new scene replacing the book one, though. It’s very Edmure.