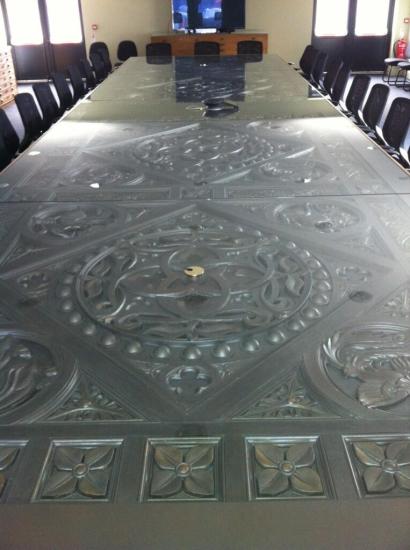 The Gates of Qarth that so ominously barred Daenerys from entering the trade city in the second season of Game of Thrones now serve a much more noble purpose, barring the crew from having to put their paperwork on their laps.  It seems that, after Daenerys moved on from Qarth, the imposing doors became the coolest, most intricate conference table, according to Game of Thrones employee Cat Taylor, who tweeted this picture after asking followers to guess at the table’s origins.  Unfortunately, the Iron Throne is not at the head of the table, but the table itself is very impressive.  Take a look at another photo, and the gates in context, after the jump.