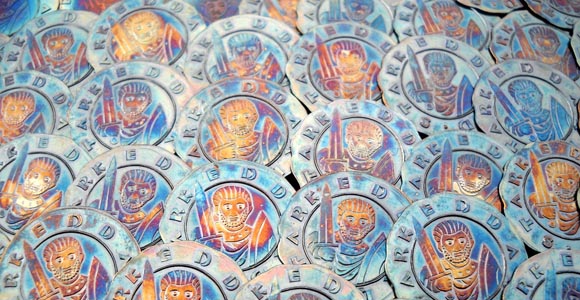 There’s a lot of currency being passed around (or stolen) in George R.R. Martin’s A Song of Ice and Fire series as well as HBO’s Game of Thrones. I’d be happy with almost any prop or replica from I could get my hands on and while I won’t be able to afford that Iron Throne they’re selling anytime soon, I could pick up a few of these coins from Shire Post. Hit the jump for a look at silver stags, Dothraki puli, brothel tokens, and yes, the unique coin of the Faceless Men.

These are immeasurably cool. Shire Post writes they are, “Dedicated to the principle of making fantasy realms tangible through the creation of small everyday artifacts, such as buttons, coins, and stamps.” And don’t worry, you won’t have to pay the Iron Price for these. The Game of Thrones coins start at $10 each. Take a look… 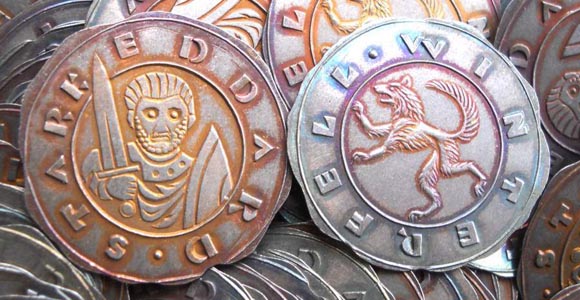 Also seen in the top pic, these are the Silver Pfennig (half-stag) of Eddard Stark.

The Silver Stag of Winterfell. 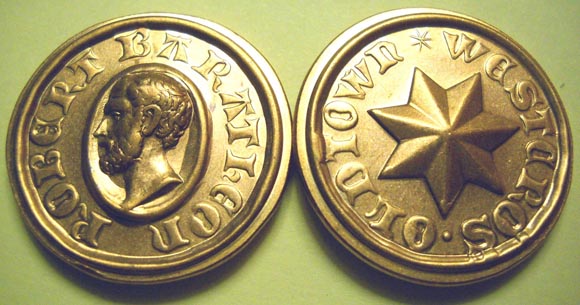 The Silver Stag of King Aegon Targaryen I. 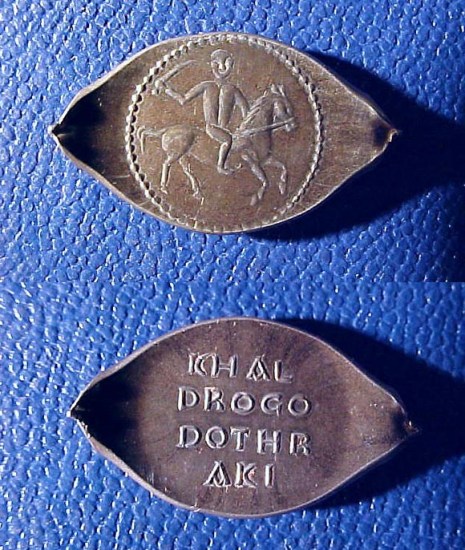 The Dorthraki Puli of Khal Drogo.

A brothel coin from The Peach.

And now, what you’ve all been waiting for…

Yup, totally getting an Iron Coin of the Faceless Man. You can see a few more looks and read the descriptions of each of these coins at Shire Post.