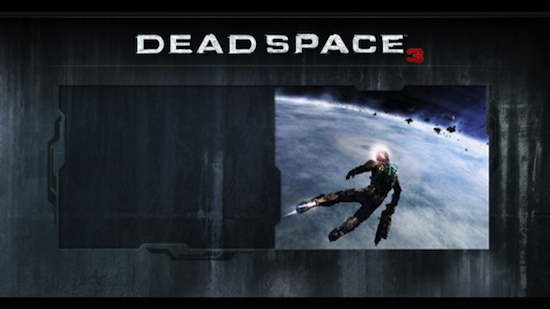 Too bad none of us gamers here at Geekosystem are living across the pond right now, because if we were, we’d actually have something to look forward to this January. British retail chain GAME — think GameStop, but with more delightful accents and local idioms — has recently announced that 18 store locations are geared to host lock-ins: Preview events where customers can sign up to play the hottest upcoming game releases months in advance after GAME’s closing hours. This month, GAME has worked with EA and Visceral Games to showcase playable demos of the highly anticipated Dead Space 3. With so many people likely lining up to play one of the most heart-pounding survival horror games in existence, you can bet there will be plenty of terrified shrieks and expletives abound.

There are two methods of registration for the Dead Space 3 lock-in event: One can either sign-up in the GAME store proper or contact their participating store of choice via Twitter to ensure a place in line. This is entirely on a first-come, first-served basis, so those tardy for the party will miss out. The event is open only to those 18 and older, with the lock-in taking place at the following locations:

As an added incentive to sweeten the deal — as if we needed additional convincing to play Dead Space 3 for free — food and drinks will be served throughout the evening. With that, try not to be that one guy who gets so scared playing the game that he spills his Sprite all over the game system, ruining the evening for everybody. Because, we assure you, then you’ll really have something to scream about.

(via Eurogamer, image via SpicaGames)