This Chiptunes Album Was Recorded on Two Game Boys, and It’s Incredible 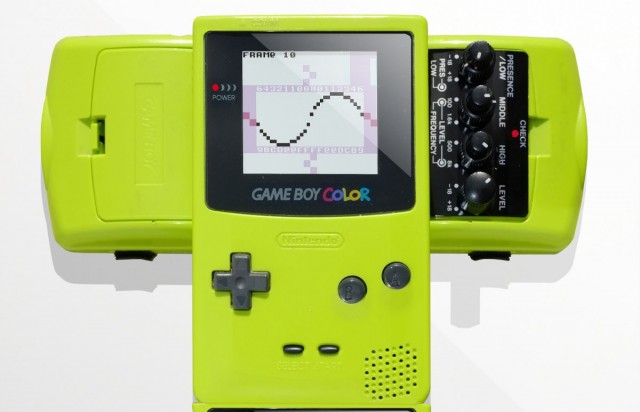 You can do a lot with a Game Boy. All right, you can pretty much just play games on the thing, but it turns out you can also record a pretty impressive album if you mod it correctly. That’s what musician Clay Morrow, also know as > (Greater Than), did. He recorded his entire album using two modded Game Boy Colors, and it rocks.

If you love the video game soundtracks of old, then Morrow’s album should be right up your alley. He told us the music from the first two games of the Mega Man series was seared into his mind as kid. He even used to make video game music mixtapes for himself and his friends to breakdance to, though he says the album is more inspired by the limitations of the Game Boy than the games it plays.

The limitless options of today’s computers present can sometimes be overwhelming whereas the Game Boy’s relative simplicity actually allows me to take a break from all of the technology and focus on the music.

You can’t just take your old Game Boy and start beep-booping away. Morrow put a lot of work into his rig. The music itself is composed on a homebrewed bit of software called LSDJ that’s been installed on a Game Boy cartridge. Morrow tells us he had to mod the physical Game Boys themselves pretty extensively.

We don’t want to give away his trade secrets, but he managed to double the synthesizer channels from four to eight by combining two Game Boys into a single case. He synced the two machines to work together, and also integrated an equalizer. He even replaced the crystal oscillator to produce deeper low-end tones, and reduced the noise coming from the headphone jack for a cleaner sound.

If that sounds really complicated to you then you’re not alone, but Morrow said he got a lot of help working on his setup from the 8-bit community.

So what does music played on a Game Boy sound like?

Head over to Morrow’s Bandcamp page to listen for yourself. You can listen online or buy yourself a digital copy of the album for just $7. Rock on, everyone.

(via > on Bandcamp, image via Clay Morrow)