If the game's as half good as this soundtrack, then the game's half amazing. 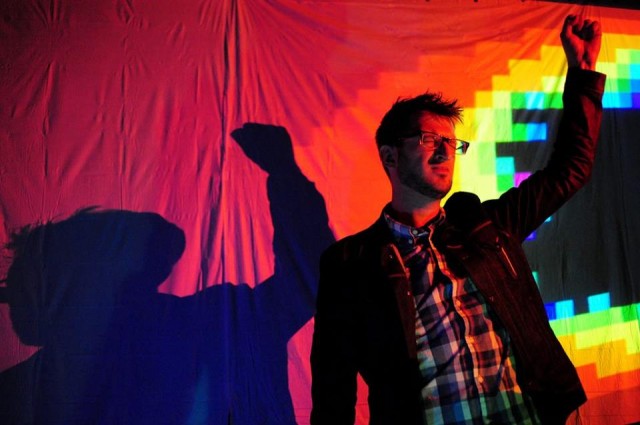 While you can’t play Signature Strike yet, you can already download and listen to its awesome, 8-bit soundtrack. For free.

Last week, Philadelphia-based chiptune virtuoso Steve Lakawicz (@stevelakawicz) released the soundtrack to Signature Strike, a new game-in-development that harkens back to the old school, top-scrolling shooter genre that you once lost hundreds of quarters to in arcades.

Lakawicz (aka Ap0c), has lent his musical talents to a number of other gaming projects, but this marks his first commissioned soundtrack, and its a good one, inspired by the soundtracks to classic titles like Over Horizon, 1942, Crisis Force, and Life Force.

We asked him a few questions about the soundtrack and the upcoming game. Go ahead and download the ten track album, or just stream it on his Bandcamp page, and listen to it while you read. And while you’re there, download his song Oddball. It’s awesome.

Tell us a bit about the game. How did you get involved?

Philadelphia game developer and wunderkind Greg Lobanov was involved with Division Fourteen and he recommended me to lead developer Mark Sabat.  I worked with Greg in the past on other projects (Sling It!) and they were looking for someone who could make a soundtrack for a game with 8-bit style sprites.  Mark contacted me and asked me if I was interested.  I sent him a couple links to some of the Famicom/NES-style stuff I’d been working on and we all decided it was a good fit.

In Signature Strike, you pilot a drone through various challenging modes.  There’s a mode where you have to scan vehicles to see if they carry terrorists and take them out… but you have to make sure you avoid hitting civilians. There’s also a mode where you just unleash all your firepower and destroy as much as possible.  You can collect money to upgrade your drone and go for the highest score.  It’s actually really really fun.  I have a demo version on my phone and I find myself fiddling with it constantly.  It should be releasing soon so be on the lookout! 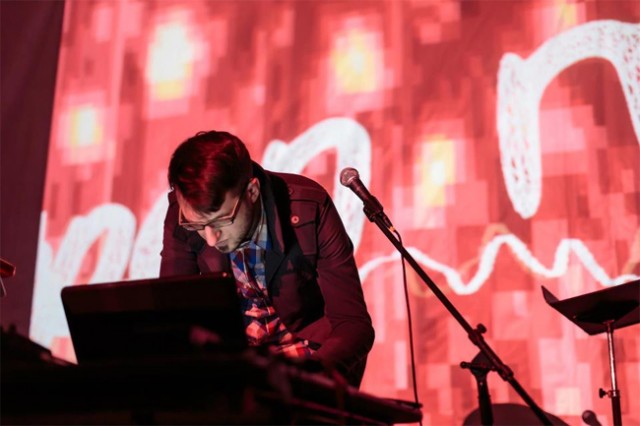 How long have you been chiptuning? How long did it take you to make this album?

I’ve been composing music with different kinds of sound sets in an attempt to make something that sounds like video game music for more than 15 years.  It wasn’t this past January that I actually decided to take a big step and start writing for actual chips.  I actually just had my first live show in Brooklyn this past weekend as a part of I/O Chipmusic’s Username series.

The very first track I wrote was “Title Screen” and it took forever.  I really wanted to capture that Famicom/NES feeling from the second you load up the game.  After about 3-4 weeks of tweaking, I finally sent the track to Division Fourteen and they absolutely loved it.

Surprisingly, the rest of the original soundtrack flowed from there in about 10 days.  I remember reading in game magazines when I was a kid that certain Famicom/NES composers could churn out an entire 45 minute soundtrack under in a week.  I got to see firsthand that it’s very possible.

The soundtrack here includes almost [all] of the tracks I generated for the game, including ones that didn’t make the final cut.  There’s also four more tracks that I never got a chance to complete.  I’m thinking of finishing them up in the future and adding them into the soundtrack as a bonus once the game is finally released.

Close to Good, Animal Style, and my video game cover band Beta Test Music. As for other artists I’d recommend, I’ve been pumping the Bronx’s own Game Boy superstar Ricky Brugal through my headphones. His style is carefully crafted and I really appreciate that.

An absolutely underrated and completely amazing Philadelphia-area chip composer is HPizzle.  The dude rocks out progressive rock tunes that definitely could have been in an old Konami NES game.

You can check out the soundtrack for Signature Strike right now, and then you can join us in anxiously waiting for the game’s release. Thanks to ap0c for taking the time to speak with us.

(via ap0c on Bandcamp, images via Marjorie Becker)