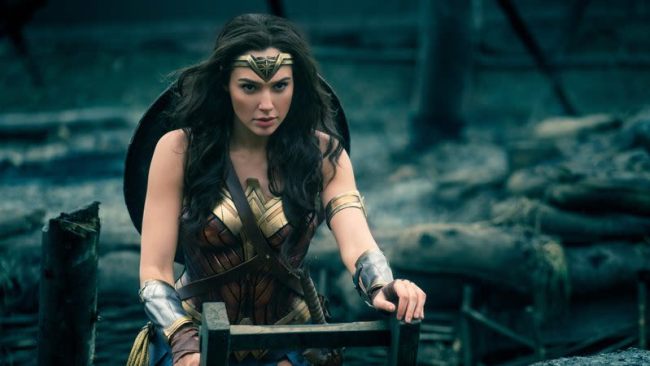 Give this woman an award. Any award. We need to reward her.

Light of our lives Gal Gadot showed off her incredible class once more—this time, in response to Wonder Woman getting closed out from Academy Award nominations. Many of us hoped to see the massively successful and critically acclaimed superhero movie receive some well-deserved noms, especially for groundbreaking director Patty Jenkins.

While it’s true that “genre” movies—films with fantasy, science fiction, superhero elements, etc.—have traditionally been looked over by the Oscars, this is a year that saw The Shape of Water emerge as the most-nominated movie, along with nods for Star Wars: The Last Jedi, Bladerunner 2049, and that Best Adapted Screenplay nom for Logan.  Yet there was no love for Diana and the team behind her, as our Marykate Jasper recently discussed.

But Wonder Woman herself is taking it in stride. In fact, she refocused attention away from the snub, and turned it into appreciation for the fans and pundits that rallied to the movie’s side, telling Entertainment Tonight:

“I was very moved and touched by the feedback of all the people that were disappointed that ‘Wonder Woman’ wasn’t nominated,” she said. “But we certainly never did the movie for that.”

And Gadot is already looking to the future—not navel-gazing now:

“I think that you can’t have it all,” Gadot added at the Revlon event in New York. “We’ve done this movie and it was received in such an amazing, wonderful way, and we want to stay humble and grateful, and we’re going to have another movie, so who knows? Maybe the next one!”

The little that we know about Wonder Woman 2 is that it will likely be a Cold War-era movie with more of a covert-operative feel, which opens the doors to all kinds of drama that the first Wonder Woman didn’t get to take on. I absolutely loved the first movie, and thought it was as good as origin stories get—but there’s always room to mature and grow, now that the foundations have been laid. Next time around, for example, we hopefully won’t get a hokey last battle like the one with Ares that felt shoehorned in from another movie entirely.

Wonder Woman succeeded at tear-your-heart-out emotionality with Steve Trevor’s exit, so we know Jenkins, Gadot, and team have their bases covered. Now we’ll get to see Diana in a more modern environment, and likely as less of a fish out of water. She’ll have a greater range of things to do, and this time around, the sequel doesn’t have to suffer the weight of so much expectation or stakes riding on it: Wonder Woman was a bonafide huge hit, and nothing can take that away. The sky’s the limit now. Factor in the winning, winsome Gadot as Diana, and even that seems like a limit that can be pushed.

The fact of the matter remains that most fans of genre movies don’t give a damn about the Oscars. Sure, it’s nice if we see properties that we love get recognized by the snooty film industry. But nominations and awards aren’t the reason that we go to see a movie after the fact, as many people do—we’re there the first day. We’re there the night before, waiting for our midnight showing, gauntlets on. All we want is a good story and to have a good time. And in terms of that, Wonder Woman already won all of the awards.