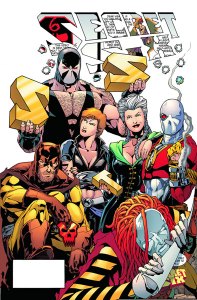 In Secret Six #36, Gail Simone writes her last issue on the series, as well as the last issue before the company wide reboot of DC Comics. In an attempt to give the villainous characters she had worked so hard on a proper sendoff, Gail ties up loose ends between characters, then pumps the team full of Venom and sends them out in a blaze of glory against an army of superheroes in a fashion that would make Cassidy and Sundance proud.

One of these loose ends is the relationship between Scandal Savage and the two loves of her life; former Female Fury, Knockout (Kay), and her exotic dancer human doppelganger, Liana. Scandal lost Knockout in DC’s “Death of The New Gods” crossover event, after she was murdered by the Infinity Man. Scandal later found comfort and solace in Liana, a much gentler woman who bore a striking physical resemblance to her lost love.  Although Scandal had found love again, when the existence of a “Get out of Hell free card” was revealed, she literally battled Hell to retrieve Knockout from her doomed state. While the hellish rescue was under way, Liana was abducted by a demented customer, and was tortured until Scandal returned to the land of the living to save her.

With the two loves of her life returned alive and well, Scandal is presented with an impossible choice between the two. Instead of choosing one love over another, she takes a third choice and proposes to both of them.  Although no marriage is presented, nor are any details regarding one, the union is made clear in one word on the second to last page. As Scandal and Knockout lay battered and broken on the streets of Gotham holding each other’s hand, Knockout chokes out one word “wife.”

I am fairly confident that there has never been a polygamous, same sex marriage in mainstream comics before, and with all the hullaballoo regarding the reboot distracting people at DC, I’m not sure if they either noticed or cared about Gail’s inclusion of the union; especially since it will presumably be retconned away next month.  Regardless of whether this marriage remains canon or not, Gail Simone made a bold move in writing it into her last issue, and deserves admiration for including it because it was not done for shock value and stays true to the characters she had developed.

Check out the scans: 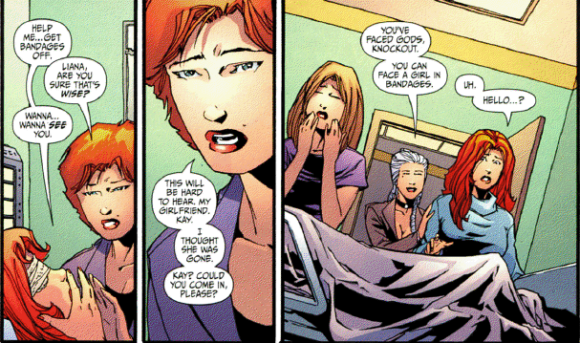 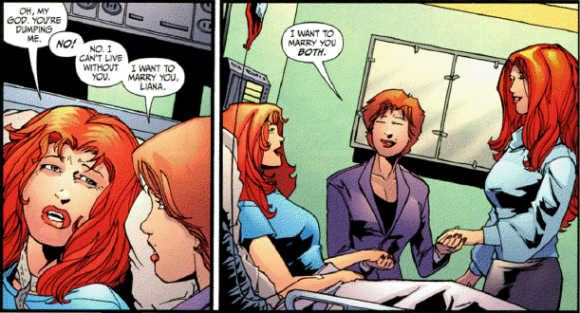 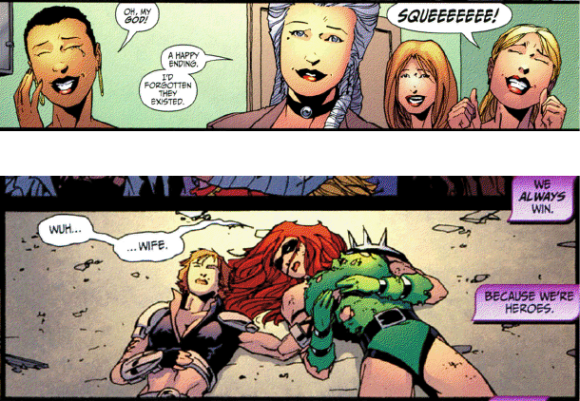