Not to mention the awesome artistic talent involved. 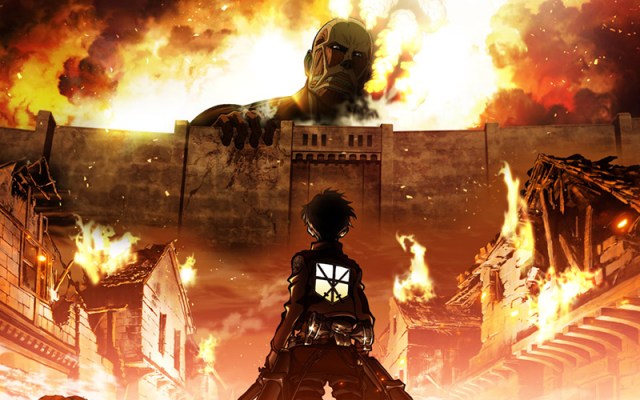 Kodansha is publishing an Attack on Titan comics anthology with a ton of talented people attached, including Gail Simone, Kate Leth, Babs Tarr, and so many more. Get ready for some brand new stories set in the world of AoT.

The anthology will debut in fall, 2016 in a full-color, 250-page volume of short AoT fiction from various creators. If you’re not familiar with the Attack on Titan manga or its anime adaptation (or recent feature films), it’s about human-eating giants, Titans, that are extremely difficult to kill and the warriors who must protect a walled, heavily defended city from them.

In case that didn’t tip you off, things can get pretty gruesome, and we’re sure to get some weird and wonderful side stories from the impressive pool of talent that’s come together for the anthology. The full list of creators is (via CBR):

Ben Applegate, who oversees the editorial team at Kodansha Comics, says he got the anthology idea from The Animatrix. He told Comic Book Resources, who have an exclusive look at early work on the anthology,

I also had this crazy idea for a collection of original stories by Western writers and artists—like a reverse Animatrix for Attack on Titan. We pitched it just ahead of our visit to the Kodansha offices in Tokyo in November 2014, and I was stunned to find that everyone at Kodansha loved the idea—even the executives at the very top were pushing for it.

When they set out to assemble a “dream team” for the creative side, they got some enthusiastic responses:

Several of the creators have kids who are fans. When Jeanine asked Gail Simone, for example, she said something along the lines of, ‘I have to do this. I’m going to be such a hero to my son!’

And to many other comics and anime fans, no doubt. We can’t wait to see what they come up with.