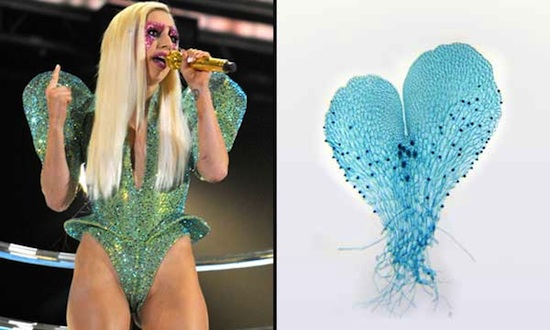 Reseachers at Duke University have named a newly discovered genus of fern  in honor of pop star Lady Gaga, because, okay, we don’t really know why. Because she wore a dress that looks similar to the structure of some species of fern in this genus to the Grammys and some scientists have pretty good senses of humor, we guess? It also presumably works for Lady Gaga, because hey, no matter how big and fancy a pop star you are, it’s nice to have living things named in your honor, right? We have to assume so, because no one is ever going to name anything after anyone here.

Only two of the ferns in the new genus Gaga are new to science — Gaga germanotta, which takes its species name from Lady Gaga’s given last name, and Gaga monstraparva, a nod to her fans, whom Gaga affectionately refers to as her little monsters. The other 17 species, which will all take the genus name Gaga now, were previously classified under an incorrect genus until researchers performed a DNA analysis that proved they were genetically distinct.

The ferns are endemics to Central America, Mexico, and parts of the southwest United States, and have a gametophyte structure — that’s a reproductive structure that ferns develop — that closely resembles the outfit worn by Lady Gaga when she performed at the Grammys in 2010. No, not the meat dress. Another one.