Back to the Internet! G4 Cancels Attack of the Show & X-Play | The Mary Sue

G4 Announces Cancellation Of Attack of the Show & X-Play 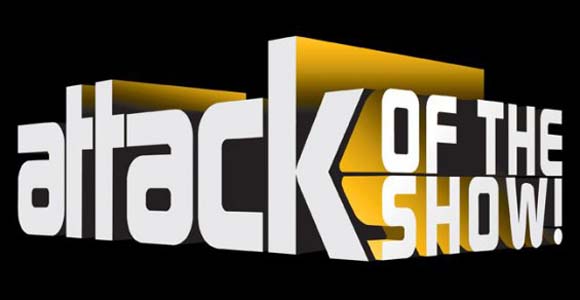 Things have been brewing for a while but cable network G4 has officially announced the cancellation of their long-running shows X-Play and Attack of the Show. Are they replacing it with even better geek shows? No, they’re turning the network into a GQ rip-off.

It strikes me as odd. G4 is pretty much the only game in town when it comes to geek-specific programming (and some will argue it’s not even that since rolling over from TechTV). Sure, you’ve got things like the Syfy channel airing shows geeks are interested in but G4 meant to target us specifically with comic books, video games, and movie reviews plus coverage of things like E3 and SDCC. Whether or not Attack of the Show and X-Play were your cup of tea, you have to admit outside of the internet, there’s nothing like it. So why would G4 decide to get rid of them when geek properties have never been more popular?

TV Guide revealed the shows will air their finales in December of this year and that current Attack of the Show hosts Candace Bailey and Sara Underwood will see guests hosts visiting like John Barrowman, Michael Ian Black, Josh Myers, Paul Scheer, Rob Huebel and Horatio Sanz. Past hosts will also appear.

“Attack of the Show! and X-Play have been important for G4, and we want to acknowledge the creative people who have helped inspire and showcase the phenomenon of gamer culture,” G4 Media General Manager Adam Stotsky said. “With more than 3,000 episodes aired between them, we have more than enough great material to honor these innovators and their amazing contributions as we bring both shows to a close.”

Nothing has been confirmed but all signs are pointing to the network joining with Esquire or GQ for a more sophisticated male-centric network. TV Guide says one of the names being thrown around is G4Men. (No comment.)

I’m sad to hear the news for the friends I know at the network but I’ll admit, I wasn’t a regular watcher. For geek content most use the internet anyway plus Felicia Day’s Geek and Sundry YouTube channel and Chris Hardwick’s Nerdist are slowly proving a new model can work for nerdy programming. I mean, even reading the title “G4 Announces Cancellation Of Attack of the Show & X-Play” has me imagining folks lifting their heads up from work for a second before returning to their Twitter accounts and blogs.