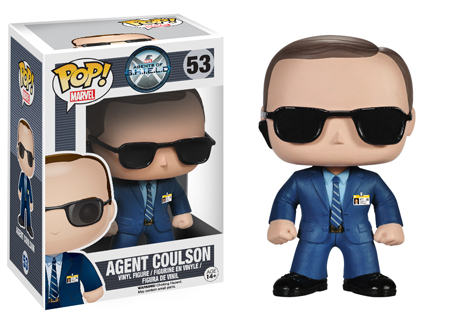 He may not be vintage but he is highly collectible. Clark Gregg is certainly excited.