ABC’s Agents of SHIELD Welcomes Bill Paxton To The Bus 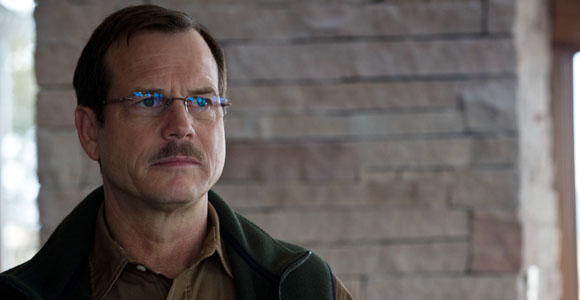 Bill Paxton, known for plenty of geek roles in his day (Terminator, Aliens, Weird Science), is joining the cast of Marvel’s Agents of SHIELD. At least for a little while.

“We wanted to bring in a rough-and-tumble former cohort of Agent Coulson with a little bit of attitude and cigar-smoking swagger,” executive producer Jed Whedon told TV Guide. “He is the type who wants to stay out in the field no matter how high-level he gets,” added executive producer Maurissa Tancharoen.

In the comic Elektra: Assassin, S.H.I.E.L.D. turned Garrett into a cyborg to save his life after he was injured in the line of duty — but all Whedon will say is that “when Garrett got his promotion to Level 7, he refused to sit behind a desk and doesn’t like the formalities of S.H.I.E.L.D. He’s going to help Coulson solve some mysteries and is not afraid to rig an explosive or two.”

They add Paxton’s arc will involve him working with Ward and May, be at least four episodes, and begin in late February or early March.